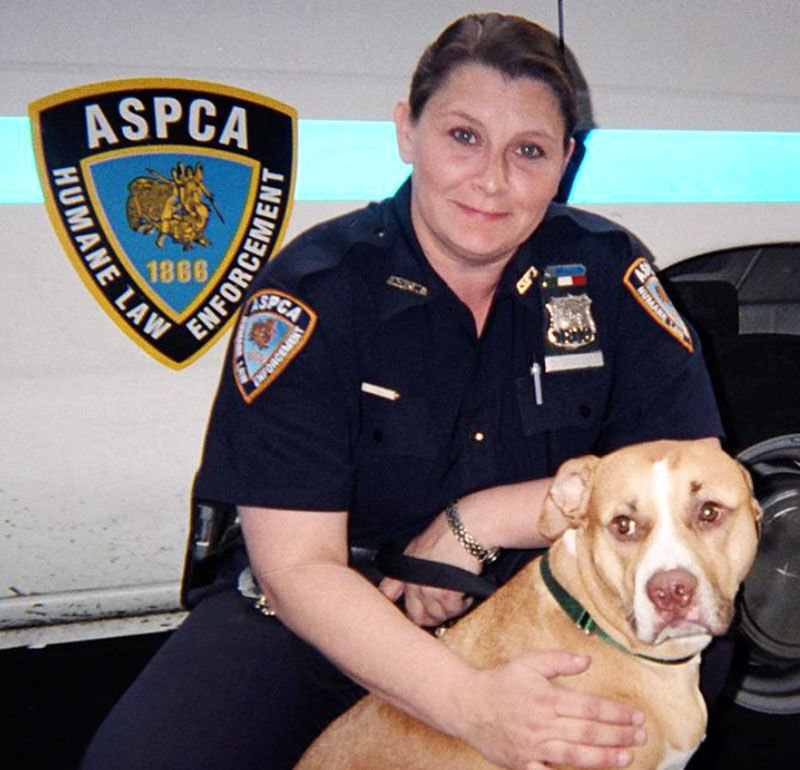 LIFE LOST TO JOB: Diane DiGiacomo, a Special Agent with the ASPCA who after 9/11 took on the role of finding pets lost or left behind in the wake of the destruction from the terrorist attack, died of breast cancer contracted by breathing in the toxic dust that many of those animals were covered in. 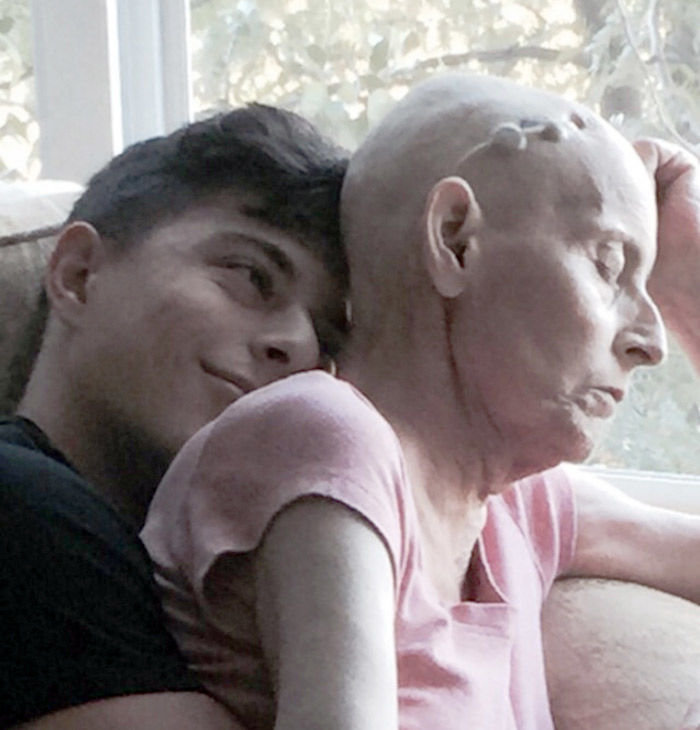 A BOND THAT LIVES ON: Stephan DiGiacomo, here with his mother Diane after she contracted the cancer that would kill her in 2015 from inhaling World Trade Center dust while rescuing pets from the area damaged in the 9/11 terrorist attacks, said, ‘I love that my mom was there and was able to help out at Ground Zero, but if I had known this was going to happen, I would have clawed at her feet so she wouldn’t go.’

When Paul DiGiacomo, vice president of the Detective's Endowment Association, lobbies for renewal of the 9/11 Victims Compensation Fund, he has a painful well of first-hand experience to draw from.

His sister, Diane DiGiacomo, was a special agent with the ASPCA, who took on the post-9/11 task of retrieving the stranded pets in places like Battery Park City whose lives were upended in the aftermath of the terrorist attacks’ impact on the neighborhood.

“She responded for numerous days to the buildings to remove all the abandoned animals and she carried out all of the dogs, cats, birds, and they were covered in that debris and dust,” Mr. DiGiacomo recalled in a recent interview at the WTC site. “She inhaled that dust and she contracted a very rare form of breast cancer and lived for just two years after she was diagnosed.”

Even as Ms. DiGiacomo was dealing with her cancer in 2013, the law-enforcement unit she had dedicated her adult life to was being disbanded.

“She was diagnosed with cancer and very ill at the time and the ASPCA was eliminating people and that law-enforcement aspect was being taken over by the NYPD and she was left with virtually nothing. And without the VCF, her son would have had nothing,” the Detective said.

Stephan, now 25, has gone on to graduate from Brooklyn College and is working on his advanced degree in physical therapy in the City University of New York’s physical-therapy program.

He said the 9/11 VCF award he received made it possible for him to afford graduate school.

“So, you have to have your bachelor’s degree before you enter the physical therapy program and then once you get in it’s a three-year program and you graduate with a doctor of physical therapy degree,” he said during a phone interview. “I definitely want to be involved in a hospital setting.”

“I was always physical growing up and my family was pretty active, with my mom always encouraging me ‘to exercise, exercise, exercise’,” he said. “I developed that skill and as I got older and I really enjoyed the gym,” he thought about “how I could tie the two together.”

Stephan continued, “I landed on physical therapy, and the real reason I chose that, as opposed to medicine, was because I really enjoy the one-on-one time” with patients “because it is a more intimate experience.”

He now lives on Staten Island with his Uncle Paul, and credits the support of his extended family with his staying on track. “If I had to do it alone, I definitely would not have been able to do it.”

“As a single mother, she always worked,” he recalled. “It was funny, though, because we would always do weird things together like going fishing, just me and her…We were always on the move doing something, and even when she worked I always looked forward to her coming home, and I never felt I was missing out on anything.”

Having a mother who was an armed state peace officer working for the ASPCA was a real winner at “bring your parent to class” days when Stephan was growing up, he said.

“My friends loved it,” he said. “It was interesting because not many people knew about it and I guess it doesn’t cross a lot of people’s minds that animal cruelty was a crime. So, it was definitely a conversation-starter during career day in elementary school when she would come in and everybody would say ‘that’s so cool.’ ”

Ms. DiGiacomo’s popularity extended well beyond Stephan’s classmates. For several years she was featured in the ASPCA’s cable program “Animal Precinct” on the Animal Planet cable channel, where her law-enforcement work dealing with animal cruelty won her a global fan base.

‘Fan Mail From All Over’

“Apparently it caught on and a lot of people liked it,” her son recalled. “It was funny because sometimes people would recognize her and I would be like ‘wow, you wouldn’t expect that,’ but there was fan mail from all over the world. It was unique.”

“I had no idea what was going on,” he said. “All I knew was my mom picked me up early and I was thrilled to see her and I was like ‘yeah, I get to leave school early.’ But then when I got home and it was on every channel and my aunt came over and everyone was so sad, I was like, ‘oh, something is really wrong here.’ ”

He continued, “For the next few days [my mom] was working non-stop over there and I was actually sleeping at my family’s house and she wasn’t coming home. She explained it was havoc, just pure chaos over there. She said the people over there could not take care of themselves, let alone their animals, so the animals were locked in apartments trapped under debris.”

“But she wasn’t just there to help the animals,” Stephan said. “I feel people kind of forget that the ASPCA was there to take care of that” while also helping people re-unite with their pets. “With everything that was going on and you don’t know where your dog is who’s been your best friend for 10 or 12 years—that’s a lot of stress. For a lot of people, those pets were like their children.”

“I love that my mom was there and was able to help out at Ground Zero, but if I had known this was going to happen I would have clawed at her feet so she wouldn’t go,” he said. “But at the time, all of us kids were not thinking about that. We thought our parents were just doing their jobs.”