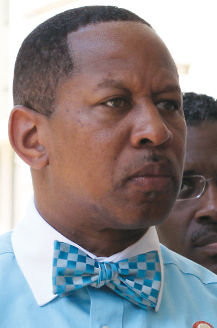 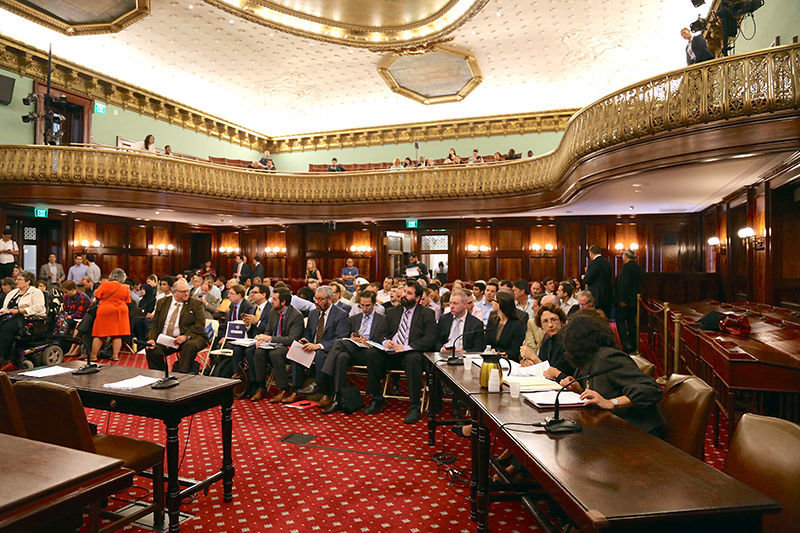 ORGANIZING? DC 37 is making an effort to unionize the nearly 800 staffers who work for the City Council, either as centrally or for individual Councilmembers. Above, a City Council session.

Photo courtesy of the NYC Department of Transportation
Previous Next
Posted Friday, November 8, 2019 11:15 am
By BOB HENNELLY

The outrage expressed by 116 current and past City Council staffers in a recent open letter taking the Council to task for failing to expel Andy King for his second round of substantiated claims of abusing his staff has prompted debate about whether staffers would be better off with a union.

And District Council 37 is among the municipal unions expressing interest.

The prospect of staffers organizing was raised during vote on Councilman King’s fate by Carlos Menchaca, who voted with 11 of his colleagues to expel him.

‘Council Needs to Do More’

A follow-up call to Mr. Menchaca’s office was not returned, but a staffer said that comment was in line with the Brooklyn Councilman's conviction that while “the Council has been doing a lot for the staff, it needs to do more.”

This newspaper has confirmed that DC 37 has an organizing effort underway. The union did not wish to comment further.

In a statement, Council Member Ben Kallos, who is also a labor attorney, maintained that Council staffers had the same right to organize as other workers.

“I support the First Amendment right to organize anywhere, including right here in the City Council,” Mr. Kallos wrote. “Most jobs have their politics, but in the Council a worker’s job can literally be politics, bringing with it many unique challenges that having a union could help overcome.”

Based on interviews with current and former staffers, the nature of the way staffer jobs are funded while their duties are often left undefined may make those that have them particularly vulnerable to the kind of abuse alleged in the King case, and thus particularly difficult to organize.

Under the current arrangement, all Council staffers are totally outside the civil-service system and considered “at will” employees who can be terminated at any time.

And unlike with civil-service titles, the pay for jobs such as Legislative Assistant or Community Liaison can vary by tens of thousands of dollars and is set by individual Council Members.

“There’s hundreds of staffers who work for the City Council as an institution and hundreds who work individually for the 52 Council Members,” explained a long-time staffer who recently left. “But keep in mind, when it comes to the Council Member’s staff, they are not told to hire a set number of employees with specific titles but given a set amount of money to run their operation.”

He continued, “You can have fewer higher-paid people, and there is no minimum salary, so you can have someone making $125,000 in the same office where somebody is making $25,000. Add in the mix, remember with just several people on staff, the day-to-day reality is one day the Council Member’s body person can be tasked to do constituent service. And it’s all a double-edged sword for the employee, because theoretically we are paid for by the taxpayers, but we are also building our boss’s political career.”

Current staff members were reluctant to speak on the record but in an online posting on the site Medium on Nov. 1, 90 current and 26 former Council staffers who did not sign their names rebuked the Council for giving Mr. King a third chance.

“As public service employees, we work every day to serve the people of New York City: to expand protections and opportunities, to ensure safety and stability, and to make our City a more equitable place,” they wrote. “We are asking for these same protections that our Members and staff fight for every day to be extended to us. To not be harassed, retaliated against, threatened, or put in unsafe working conditions while we work to better the City of New York.”

Prior to the Council vote, in an Oct. 28 Daily News op-ed Chloe Rivera, a senior Legislative Policy Analyst with the Council Committee on Women and Gender Equity and Higher Education, revealed that she was the first staffer who had filed charges against Mr. King and was subsequently fired for coming forward.

In the essay, she called for the Council to expel him because the body “must establish a standard that worker abuse and witness intimidation and retaliation will not be tolerated, that repeat abusers are unfit to serve and will be removed from office….In the report, I am the ‘2017 complainant,’ ” she wrote. “During the investigation, evidence revealed that in 2017, King held a staff meeting at his home, where he outed me as the staffer who reported him for gender-based harassment. The Ethics Committee found my allegations to be credible and substantiated my complaint the following year.”

This was not the first time that the workplace dynamics of the Council boiled over in public view.

In 2016, when under the leadership of Speaker Melissa Mark-Viverito, the Council boosted Members' salaries from $112,500 to $148,500, “aides to two Council members stood silently in the balcony of the Council chambers, wearing white t-shirts that read, ‘Paycheck to Paycheck, Pay Raises for All,’ ” according to the Gotham Gazette.

“The $36,000 salary bump for Council members is about the same amount of money that many of their staff members make in a year,” the Gazette reported. “These are aides filling roles such as communications director, scheduler, and community liaison. Chiefs of staff usually make quite a bit more.”

Staffers reviewing their jobs on employment websites like Indeed and Glassdoor indicate assessments range from “terrible” to an “amazing place to work.”

“Working for a councilmember was possibly the worst thing ever,” wrote a former community liaison/scheduler from Queens. “There was no time, as there were always community events during the weeknights, and more community events on weekends. So, you ended up working 90+ hour workweeks and living either at the office or at events.”

Long Hours Worth It

“As with any government job, the NYC Council is a demanding job,” wrote a former staffer with the same title based in Manhattan. “Often times, you do have to work when you are not in the office, but that is politics. I started as an intern and then was hired as a scheduler & district office manager. I learned so incredibly much from this position and truly believed in the work I was doing.”

Last year, in the wake of the #MeToo movement, legislation was introduced in the California Assembly to permit “at will” legislative workers to organize. But the measure died in committee. 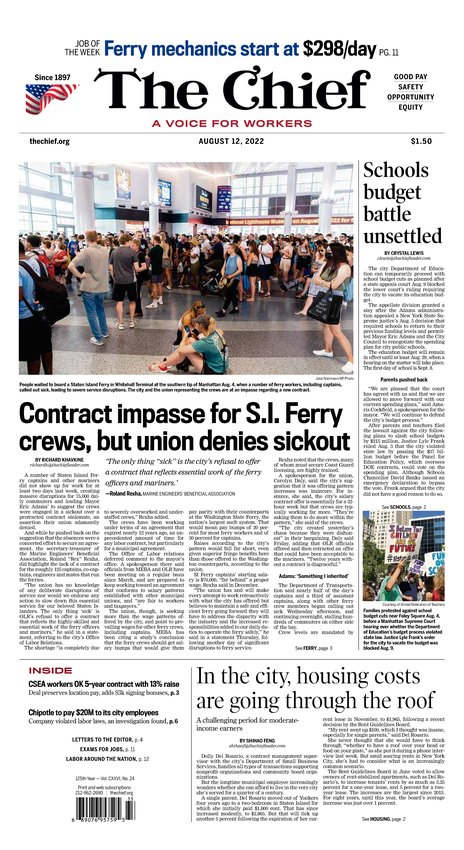