Punched, stabbed, shot on the job 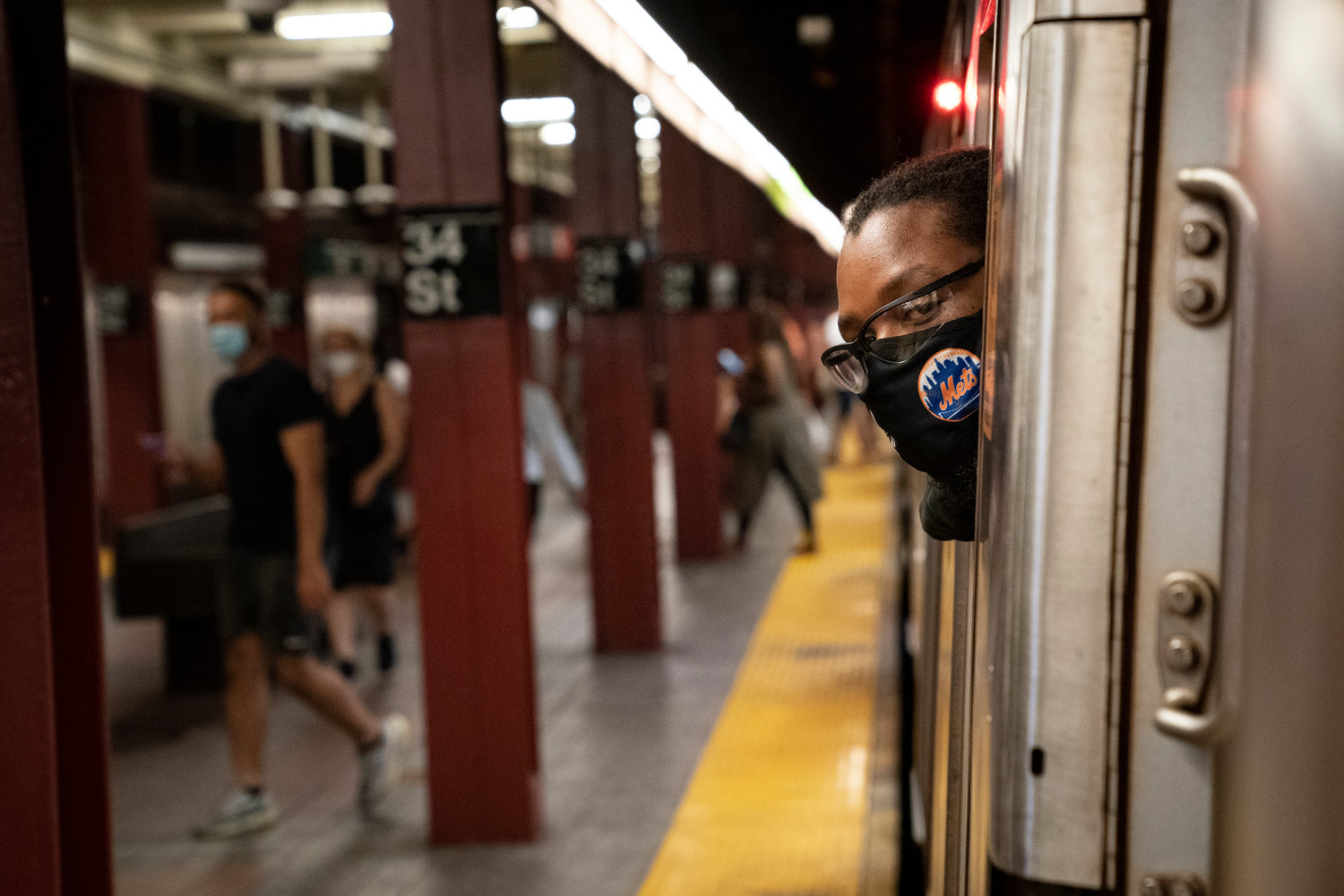 The number of workers attacked on the job has been growing in recent years, with health-care, transportation, retail and other public-facing employees facing the highest risk. Since April 2021, there have been more than 2,500 incidents of assault and harassment against city transit employees, according to the Metropolitan Transportation Authority. Above, an MTA conductor on an N subway train checks for late-arriving passengers at the Herald Square station.
John Minchillo/AP Photo 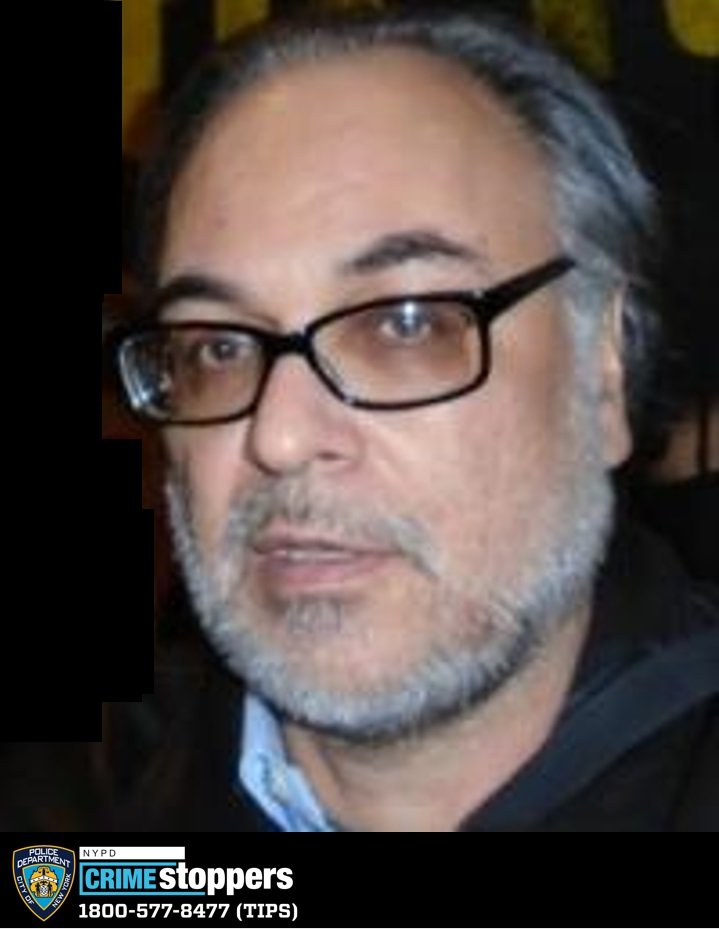 Gary Cabana was arrested and charged last month after he allegedly stabbed two ticket takers at the Museum of Modern Art. Cabana, 60, was said to be upset after his MoMA membership was revoked following two incidents of disorderly conduct at the West 53rd Street museum.
Previous Next
Posted Tuesday, April 12, 2022 3:50 pm
BY CRYSTAL LEWIS clewis@thechiefleader.com

The number of employees being attacked on the job has been steadily rising in the past few years, with more than 30,000 sustaining workplace-violence injuries in 2019, according to a report released last year by the AFL-CIO. Violence is the third-leading cause of death on the job, behind transportation accidents and slips and falls, and labor and workplace safety advocates have called for businesses to implement increased protections.

“What’s tricky is that, federally, there’s no standard that outlines what employers should do to prevent workplace violence,” said Liam Lynch, a safety and health specialist at the New York Committee for Occupational Safety and Health.

A 2006 state law requires agencies to enact policies to protect state workers from workplace violence. And a bill that would require the federal Occupational Safety and Health Administration to issue a standard to help protect employees from workplace violence in high-risk fields such as health care and social services was passed by the House of Representatives in April 2021, but has languished in the Senate.

It’s not surprising progress has been slow, Lynch said. “We haven’t even outlawed asbestos in this country, even though we know it’s dangerous,” he said.

Incidents throughout the city

In just the past few months, several retail workers across the city have been assaulted on the job, including Kristal Bayron-Nieves, a 19-year-old employee at a Burger King in East Harlem, who was shot and killed by a robber during a late night-shift. Last month, Angel Miguel Salazar, a 23-year-old McDonald’s employee, was stabbed in the face, arm and back defending his co-workers after a customer became enraged when asked to order at a kiosk.

Employees who exchange money or work late nights are at high risk of experiencing workplace violence.

“Simple things like limiting the amount of cash on hand, secure locks and having properly staffed workplaces can help act as a deterrent,” Alvarez noted. But the most important protection was a union, he argued—which the vast majority of retail employees lack. “Having a union brings these issues to the attention of employers.”

On March 12, 60-year-old Gary Cabana jumped over a reception desk and stabbed two 24-year-old employees at the Museum of Modern Art after his membership was revoked following two incidents of disorderly conduct. Museum visitors were evacuated following the stabbing in chaotic fashion.

“Security seemed so shaken up that they didn’t know what to do,” Lynch noted.

In video of the incident, an unarmed security officer can be seen throwing a notebook at the assailant to distract him. Although the museum had previously contracted with the NYPD to have officers present, the institution terminated that arrangement in 2020 following the death of George Floyd at the hands of a Minneapolis police officer.

‘A number of concerns’

MoMA, which is conducting an internal investigation of the attack, did not return a request for comment. Local 32BJ of the Service Employees International Union, which represents the museum’s security officers, declined to comment.

Maida Rosenstein, who represents about 250 MoMA staffers, including the two ticket takers, as president of the International Union, United Automobile, Aerospace and Agricultural Implement Workers of America’s Local 2110, said that although the injured employees were recovering, her members have been shaken by the attack.

The union recently participated in a health and safety inspection along with OSHA to determine how to improve protections for workers.

“We have a number of safety concerns,” Rosenstein said. “We don’t think the evacuation procedures were adequate. It’s very distressing.”

The attack revealed gaps in the museum’s safety protocols, including a lack of training to help new employees become familiar with the museum’s exits and no internal alert letting employees know what had happened, she noted.

Transportation workers were also among those who faced the greatest risk of being attacked on the job. Since April 2021, there have been more than 2,500 incidents of assault and harassment against city transit employees, according to the Metropolitan Transportation Authority. On April 3, a booth attendant at the Franklin Avenue subway station in Brooklyn was roping off a turnstile when a man threatened to kill her and punched her in the face.

Robert Kelley, Vice President of the Stations Department for Transportation Workers Union Local 100, said the booth agent was recovering and called for increased NYPD presence in subway stations. Although Mayor Eric Adams deployed an additional 1,000 officers on trains and platforms, the number of officers “depends on where you’re at. In less privileged areas, you’re not going to see the same police presence as in privileged areas.”

Although assaulting a transit worker is a felony punishable by up to seven years in prison, gaps remain in the law. Labor leaders are calling for the state to implement more-severe punishments for those who spit on transit workers, who saw an uptick in unruly behavior during the coronavirus pandemic.

“That is an assault. We are in a pandemic–it’s not just disgusting, it can be a life sentence for my members,” Kelley said.

Lynch believed that workplace violence was a growing problem.

“Even if the data doesn’t show specifically that it’s up, workers are more concerned about it,” he said. “People are really, really stressed out—and workers on the frontlines are feeling the brunt of it.”