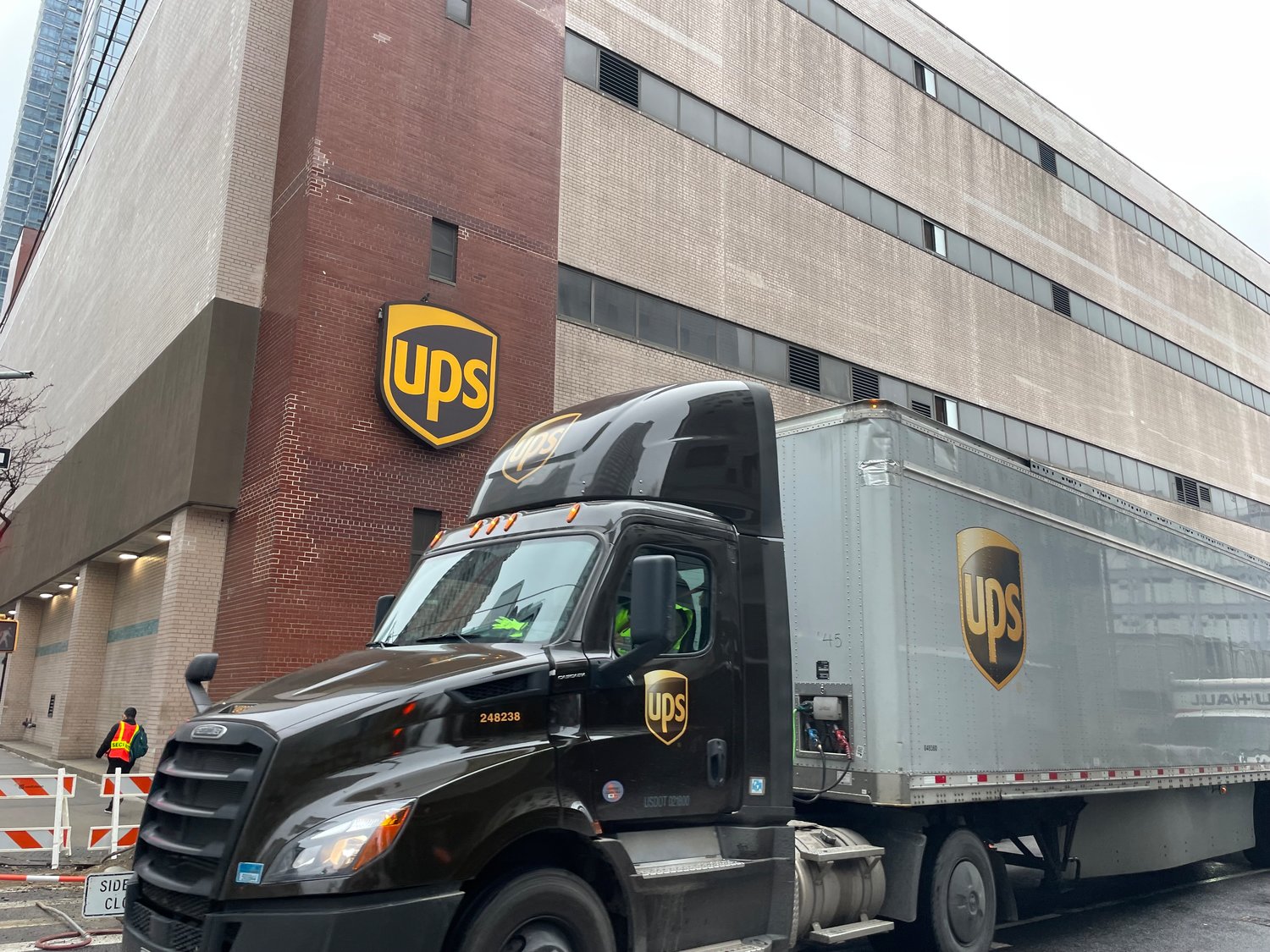 A manager and 16 supervisors at the UPS Customer Service Center on Manhattan’s far West Side were fired after it was discovered that they were partying during their shifts, union officials said.
Duncan Freeman/The Chief
Posted Friday, January 13, 2023 12:00 am
BY DUNCAN FREEMAN

All are prevalent in the city’s gentlemen’s clubs. Until a few weeks ago, they were also part of evenings and nights inside a UPS Customer Service Center in midtown Manhattan.

Employees at the West 43rd Street facility ran their impromptu club during their shifts in a second-floor office until last month, when management caught wind of the activity and fired a manager and 16 supervisors working the twilight shift, according to Teamsters Local 804 officials. The debauchery carried on for weeks until one disgruntled supervisor alerted upper management, the union officials told The Chief.

Company managers then installed cameras in the office and, according to Teamsters officials, for two weeks watched the supervisors and at least one manager drinking tequila and cognac, dancing and in one case having oral sex before firing the dirty dozen. Their work-time parties would sometimes spill over to a nearby bar.

“Everybody knows what went on, it's not a secret,” said Lawrence Grant, a Teamsters business agent covering the twilight shift. “They have a whole new management crew in there now." The Teamsters represent many workers in the building but not the supervisors or managers.

Grant heard from other workers that the supervisors would strip off their clothes and give each other lap dances. At least one of the supervisors was fired for having sex with another supervisor in the secluded office, several workers told Grant.

The fired employees could not be reached for comment.

A division manager at the facility declined to comment and referred questions to UPS.

‘Aware of a situation’

Grant also said that the revelers sometimes left glasses and bottles full of the liquor inside the drawers in the office.

A UPS spokesperson tacitly acknowledged that matters were amiss in the customer service center.“We are aware of a situation,” he said.

“We are investigating and taking appropriate action,” the spokesperson continued, adding that employees were being investigated for issues with their “conduct.”

According to the UPS Code of Business Conduct, “The unauthorized use, sale, or possession of alcohol and/or controlled substances is strictly prohibited while at work, on company property, or on company business.”

Jeff Andrieux, a part-time UPS supervisor at the facility who was let go before his colleagues were fired, confirmed that they had been fired for misconduct. He said that supervisors would often play music in the second floor office, especially later into the twilight shifts. “We got a little sound system in there, you would think it’s a party room,” Andrieux said.

Andrieux, who was fired for unrelated reasons, said he had never drank alcohol in the office, and added that he was not the person who alerted management to the alleged partying in the office.

He also said that he was told that management had footage of the fired supervisors leaving the customer center to go to nearby bars during their shifts. Managers and supervisors on the twilight shift often go out drinking after work, said Andrieux, who would occasionally join his colleagues at a bar.

The twilight shift at the Customer Center typically spans from 6-11 p.m. but started as early as 2 p.m. during the holiday season.

UPS’ nationwide contract with over 300,000 Teamsters expires in August. Vincent Perrone, the president of Local 804, which represents UPS workers at several facilities in the city, said the incidents in the second-floor office proves that UPS doesn’t take its harassment or discrimination policies seriously.

“This is a company the last six months has taken to posting all over their buildings the anti-harassment policy,” he said. But the alleged parties, dancing and sex going on in the customer center convinced Perrone that that’s all for show.

“It's all bullshit,” he said. “UPS is talking out of one side of their mouth.”

Perrone found the allegations especially egregious given that the customer center is UPS’s flagship location in New York City, and that the seven-story building contains several corporate offices.

Perrone said that he has requested to see the two weeks of video footage that UPS took. He said he would file an unfair labor practice claim with the NLRB for unsafe working conditions and unilateral changes to the contract if he wasn’t given the video.

None of the managers or supervisors who were allegedly involved in the partying or who have been fired were part of UPS’s bargaining team.

“This is honestly just a lot of embarrassment for [UPS],” Perrone said. “The only thing they were missing was stripper poles."