In place for nine months 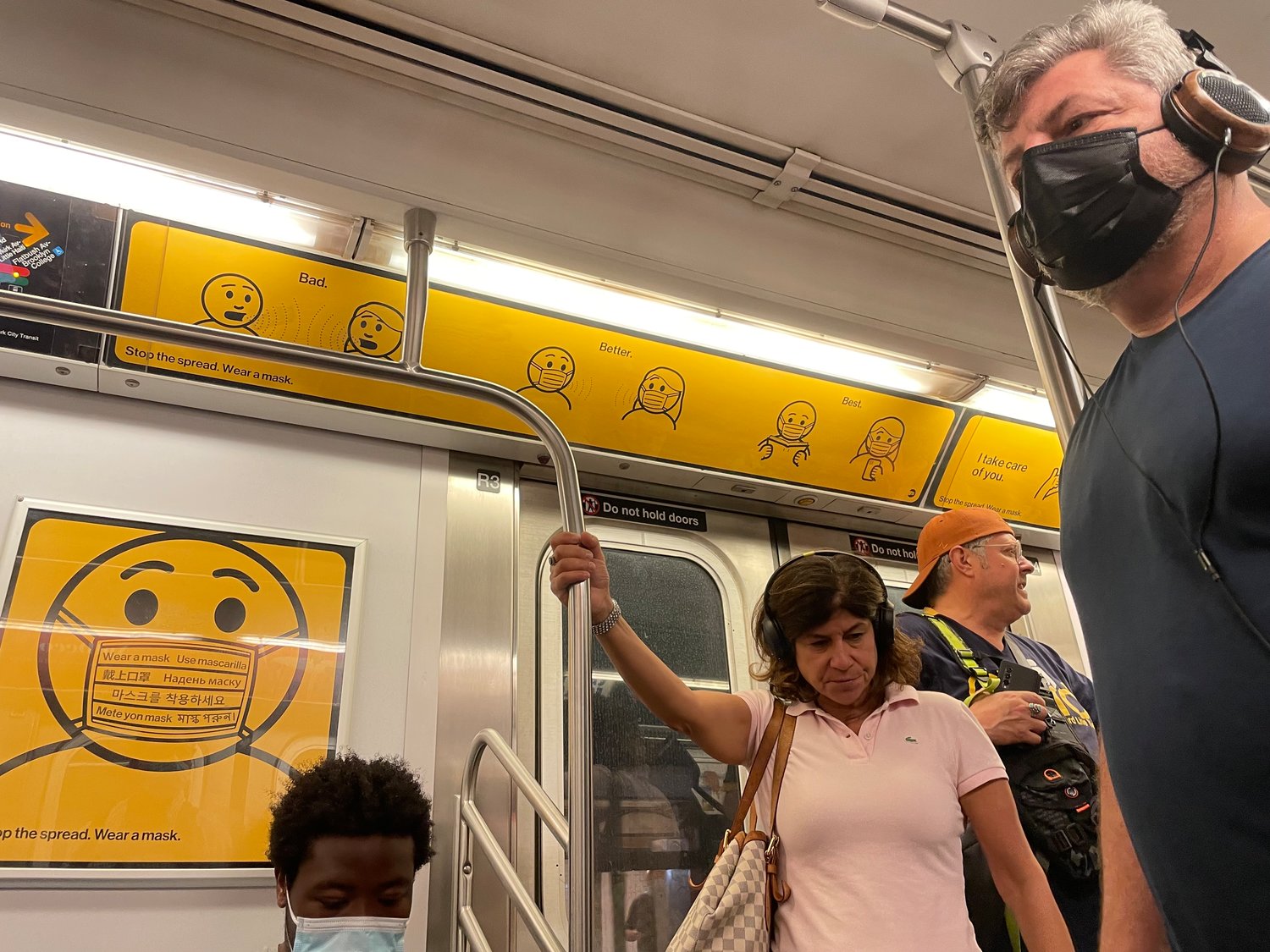 According to the latest MTA subway and bus mask-compliance statistics, just 64 percent of subway passengers wore masks correctly in April, the lowest since the agency started keeping tabs in July 2020. Nearly a quarter of subway riders wore no mask at all. And despite elevated Covid numbers and the appearance of new variants, the agency announced that as of June 7 unvaccinated workers would no longer be required to take weekly Covid tests.
Richard Khavkine/The Chief
Posted Sunday, June 12, 2022 12:39 pm
BY SHIHAO FENG

Until just last week, Abdul Awan, an MTA revenue equipment maintainer who has been working underground for about 23 years, had to take a weekly Covid test to keep his job.

That was the rule since September, when Governor Cuomo expanded the vaccine-or-test mandate for all state employees to MTA workers. Awan had known from the start he would not take the vaccine. “I knew 100 percent right off the bat,” he said.

For nine months at Penn Station, his duty station, Awan got his test kit scanned by an administrator, spat into a vial, and put his saliva sample in a collection box.

His routine and that of tens of thousands of other MTA employees, though, was phased out last week following the agency’s announcement that as of June 7 unvaccinated workers would no longer be required to take weekly Covid tests. That announcement followed a similar directive from the state’s Office of Employee Relations.

New hires, though, must still be fully vaccinated or secure exemptions on religious or medical grounds.

The MTA had budgeted $100 million for the testing program for the nine-month span ending June 2022. Although the vax-or-test mandate has been phased out, the agency will keep the testing centers open through at least June 26. In response to The Chief’s questions about monitoring new Covid cases, an MTA spokesperson says the agency encourages its workers to get tested if they are experiencing Covid symptoms. The agency didn’t reveal the latest infection rate among agency employees.

Officials with Transportation Workers Union Local 100, which represents upward of 40,000 transit system workers, declined to comment on the lifting of the testing directive.

The MTA’s overall 77 percent vaccination rate is among the lowest of state agencies, and significantly lower than New York City workers, 95 percent of whom have received at least one dose of a vaccine.

As of late May, though, nearly 7,000 city employees who sought exemptions from vaccine mandates, most of them police officers, were either awaiting decisions on their appeals or haven’t yet had their requests decided.

On subways and buses, people are taking fewer precautions, even as virus variants course through the population and Covid levels remain elevated.

According to the latest MTA subway and bus mask-compliance statistics, just 64 percent of subway passengers wore masks correctly in April, the lowest since the agency started keeping tabs in July 2020. Nearly a quarter of subway riders wore no mask at all.

Richard Singleton, an MTA station agent who joined the transit network 25 years ago, got vaccinated and boosted as soon those options were available, but nonetheless got Covid this month. Though not required, he tested regularly at MTA sites.

“This is a very unattractive experience,” Singleton said of the testing procedure. He also raised concerns about the one- or two-day window between the actual testing and the delivery of results, when carriers of the virus could spread the illness.

“You should be able to take a test and know within minutes,” said Singleton, citing the rapid tests given at other state agencies.

Though he could not say for certain whether he was infected while at work, Singleton said there’s a certain level of exposure to Covid that he had to navigate within the subway system.

As a station agent, he sits in the token booth to handle customer services and constantly interacts with colleagues. “I do believe there were numerous situations when I felt very uncomfortable being in spaces with people who are not following the same rules or guidelines,” he said, “I find myself interacting with them in small, closed, and confined spaces, and they're not protected or they don't take precautions to protect themselves.”

Awan thought the lifting of the testing mandate at MTA would probably not make much difference to workers. “It doesn’t matter. It’s stupid to begin with,” said Awan, who added that he was not pleased with the “double treatment” placed by the testing mandate, adding that the vaccinated people can spread Covid at some point too.

Singleton didn’t think highly of the testing program, either. “I don't see much of a difference coming out of it when they eliminate the mandate,” he said, “I believe the testing mandate is important, but I just think they need to find a better system.”

Singleton, 53, has been taking precautions against Covid due to his hypertension. “A lot of MTA workers had a lot of underlying conditions, so this Covid thing hits kind of differently.” He’s currently resting at home to recover from symptoms including labored breath and fatigue.

“At the end of the day, it’s not just about me,” Singleton said, “it's about my family as well.”