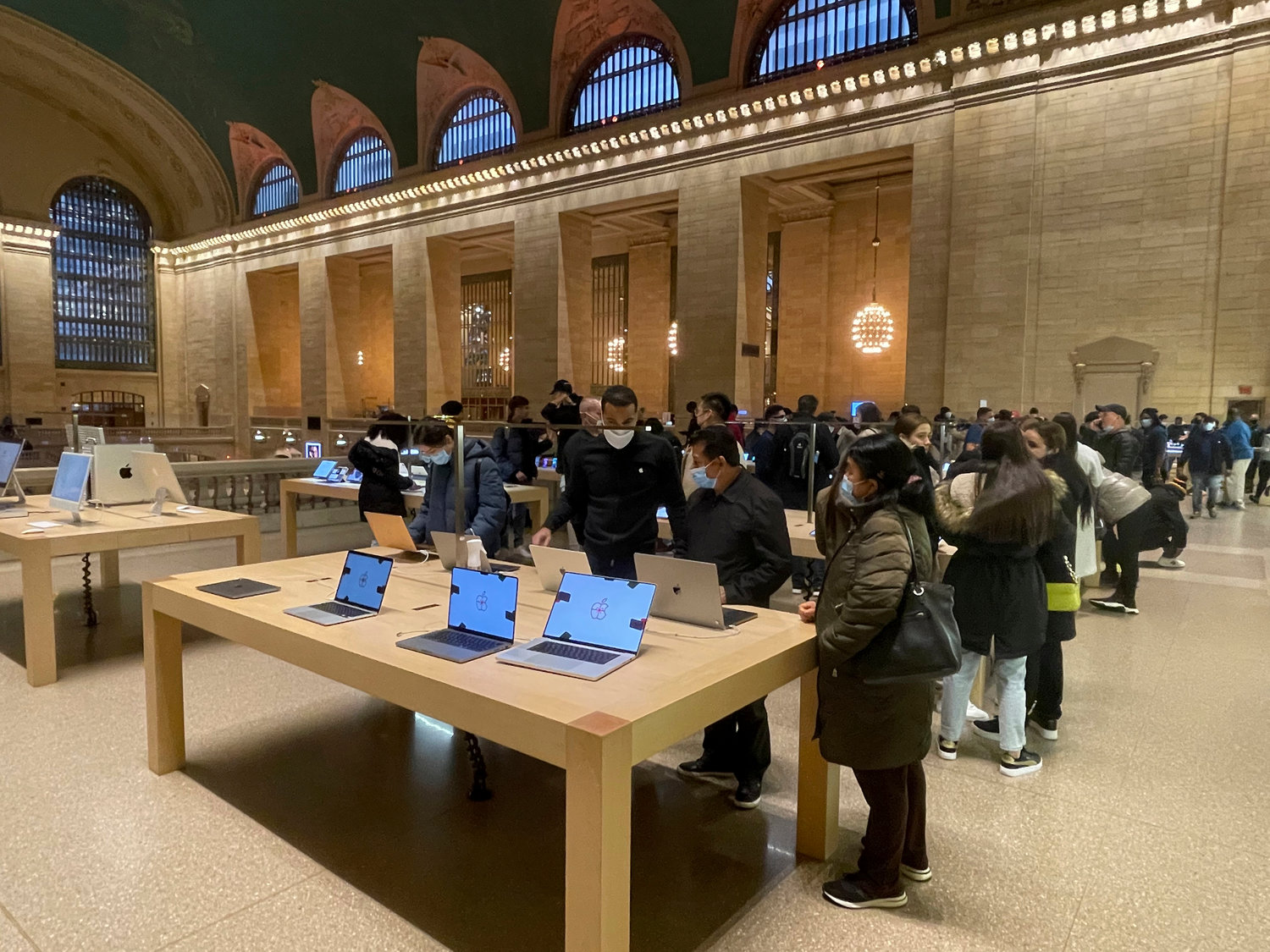 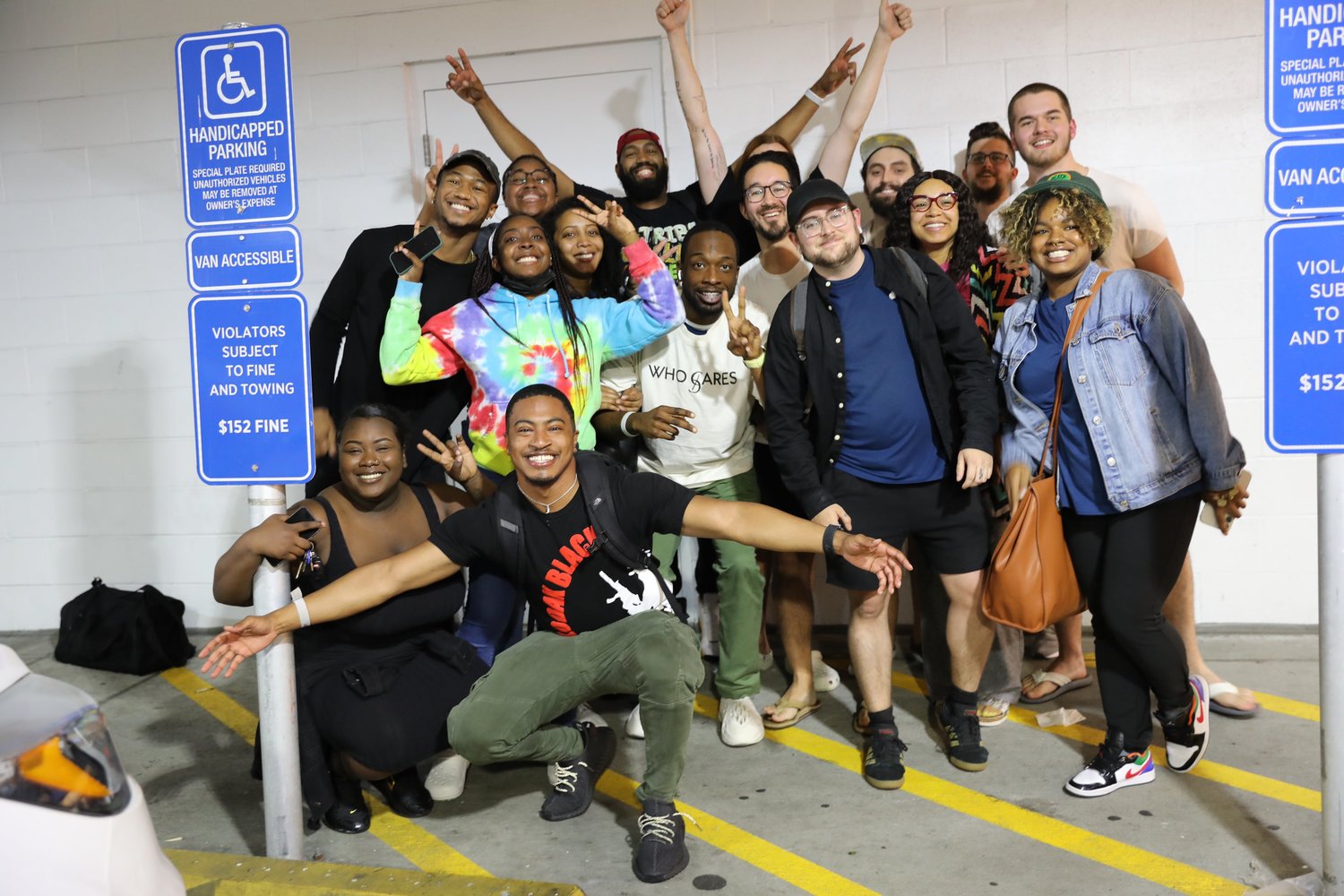 Retail workers at an Apple store in a Baltimore suburb cheered June 18 after employees there voted to unionize, a first for an Apple retail location.
Courtesy of the International Association of Machinists
Previous Next
Posted Tuesday, June 21, 2022 7:45 pm
BY SHIHAO FENG

By a nearly two to one margin, employees at an Apple store in a Baltimore suburb voted to unionize, a first at an Apple retail location in the U.S.

The in-person vote took place across four days and in a room at the Towson Town Center shopping mall separate from the store.

“It's the result we wanted,” said David DiMaria, a special representative from International Association of Machinists and Aerospace Workers, who worked as an organizer to assist the workers at the store during the election. “I'm very excited to keep moving forward and get to the negotiating table for these folks.”

The successful unionization vote comes in the wake of a recent wave of organizing efforts at corporations from retail giant Amazon to Seattle-based coffee shop chain Starbucks, and a singular moment in recent U.S. labor history, with grassroots organizers gathering momentum at U.S. companies large and small.

The National Labor Relations Board’s regional office in Baltimore did not return a request for comment on the Apple store vote. But it usually takes about a week for the NLRB to verify election results and handle any rising objections. The 65 to 33 vote in favor, however, signaled strong support for unionizing.

DiMaria said the employees’ top concerns were increased professional development opportunities, pay, safety and scheduling issues. Those will now form the basis of negotiations with the Cupertino, California-based tech giant.

Having constantly contacted and communicated with workers to “share thoughts, feelings, ideas, strategy 24/7” since the store initiated organizing, DiMaria said the effort’s biggest challenge was to “keep solidarity while the company was pushing to dismantle it systematically through pressure, fear, misinformation.”

Deirdre O’Brien, Apple’s vice president of people and retail, tried to head off the unionization effort in an internal video sent to Apple’s 65,000 retail workers. She said the union election would put another organization between the company and employees, one she said “that does not have a deep understanding of Apple or our business. And one that I do not believe shares our commitment to you.”

But Tyra Reeder, a retail worker at the store, dismissed those claims during an interview with More Perfect Union, a nonprofit news site.

“This is not a third party. It’s us.” Reeder said. She pointed out that O’Brien video came following her visit to the Towson store, an action Reeder called “an intimidation factor.”

“We always are lacking people because of these meetings,” Towson store worker Chaya Barrett said the company’s union-busting tactics in the same More Perfect Union piece. “It always ends up being ‘why you shouldn’t vote yes to a union.’”

According to Vice, Apple was also circulating anti-union talking points to store managers, reminding employees “a union could fundamentally change the way we work,” and also claimed that unions provide less career development opportunities and pay less attention to workers’ merits except for seniority.

“They are putting pressure on human beings in the workplace and that has an emotional toll on people,” he said. “The most difficult part of organizing is dealing with the kind of collective trauma that workers go through.”

The Towson Center store is the nation’s third Apple retail locaion taking steps to unionize. A store in Atlanta had scheduled an election ahead of the Towson Center’s but later withdrew it. Employees there claimed that the company’s actions made a free and fair election impossible. NLRB regulations dictate that the store now has to wait for at least six months before it can hold an election.

In New York City, stores at Grand Central and the World Trade Center have announced plans to organize. The former has launched a union drive and has been collecting cards with the support of Communication Workers of America.

Apple Retail Union, the official Twitter account of Apple workers organizing with CWA, celebrated the win in Baltimore. “We are standing with you as you take your seat at the table and bargain a contract that helps Apple live up to its credo,” the organization said in a statement.