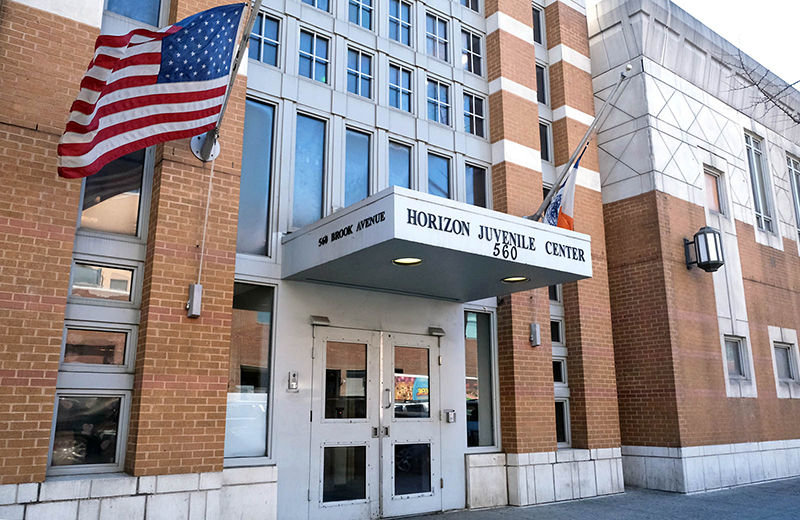 FORT HORIZON, UNDER SIEGE: Anthony Wells, head of the union that represents staff working in the city's juvenile detention centers, raised alarms about ongoing retention issues among Youth Development Specialists, with the high rate of staff being injured on the job a major factor.

The city needs to address retention issues among Youth Development Specialists working in juvenile-detention facilities to avert a staff shortage that could exacerbate growing problems, according to leaders of their union.

Anthony Wells, president of District Council 37’s Social Service Employees Local 371, said that even though the Administration for Children’s Services has steadily hired Youth Development Specialists, attrition continues to be a problem.

“We believe it is a crisis that needs to be addressed,” he said.

Orientation for a new class of Youth Development Specialists began Sept. 27. ACS spokesman Christopher Rucas said that since the Raise the Age law took effect in October 2018, “we have been aggressively recruiting, hiring and training highly-qualified YDS candidates who are in line with our mission to safeguard youth. We continue to put initiatives in place that are focused on improving YDS retention, including enhanced training support, access to wellness opportunities, and more.”

Among its strategies, the agency has partnered with consultants from the National Partnership for Juvenile Services to mentor staff.

The union believed several factors have contributed to the retention issues.

Staffers' work hours have changed from seven-hour tours to 12-hour shifts due to the coronavirus pandemic.

“They’re burned out,” said Darek Robinson, Local 371’s vice president for grievances. “Even with the 12-hour shifts, no one is really doing 12 hours because of overtime. They’re doing 16-to-18 hours.”

Mr. Robinson added that staff were not being properly compensated for overtime, with additional pay kicking in at the 12-hour mark instead of after seven hours.

The union has filed a lawsuit to restore the traditional shifts; a hearing will be held in the coming weeks after being postponed twice.

Mr. Robinson stated that there was always a high number of staff on leave because of injuries. He noted that assaults occurred in both the Brooklyn and Bronx facilities on a regular basis.

The union representative estimated that of the 608 Youth Development Specialists on staff, about 200 were on disability or had been assigned away from the teen offenders. As of Sept. 30, 170 YDS were on Workers’ Compensation, ACS confirmed.

Mr. Robinson believed conditions wouldn’t improve “until [ACS] can get the proper staff to maintain order.”

The Mayor’s Management Report showed that after the transfer two years ago of 16- and 17-year-olds from Rikers Island to Horizon Juvenile Center took effect in October 2018, the number of staffers being assaulted by residents rose dramatically.

The violence has continued despite the fact that the Mayor’s Management Report showed that 987 teens were admitted to the detention facilities between June 2020 and July 2021—32 percent fewer than during the same period a year earlier. This decline was because of the pandemic, the city stated.

But the average length of stay rose from 29 days during Fiscal Year 2020 to 38 days in Fiscal Year 2021, partially because of delays in the court process due to COVID and because there were fewer teens admitted who required short stays.

The union has continuously called for accountability for teens who injure Youth Development Specialists. ACS stated that it had a “zero-tolerance policy” for teens who assaulted staff—and offenders who harmed workers were rearrested and remained in the facility.

Mr. Robinson called for the city to remove adolescent offenders who repeatedly attacked staff from the detention facilities.

Horizon and Crossroads have continued to use STRIVE, a behavior-management system that rewards good behavior. But the union has repeatedly criticized the use of safe-crisis management techniques because they did not sufficiently address gang violence.

The union officials compared what was going on in the juvenile facilities to terrible conditions faced by Correction Officers at Rikers Island.

“It’s not that bad yet, but it most definitely has the potential to get to that point,” Mr. Robinson stated.