Farmworkers could get OT after 40 hours — starting in 10 years 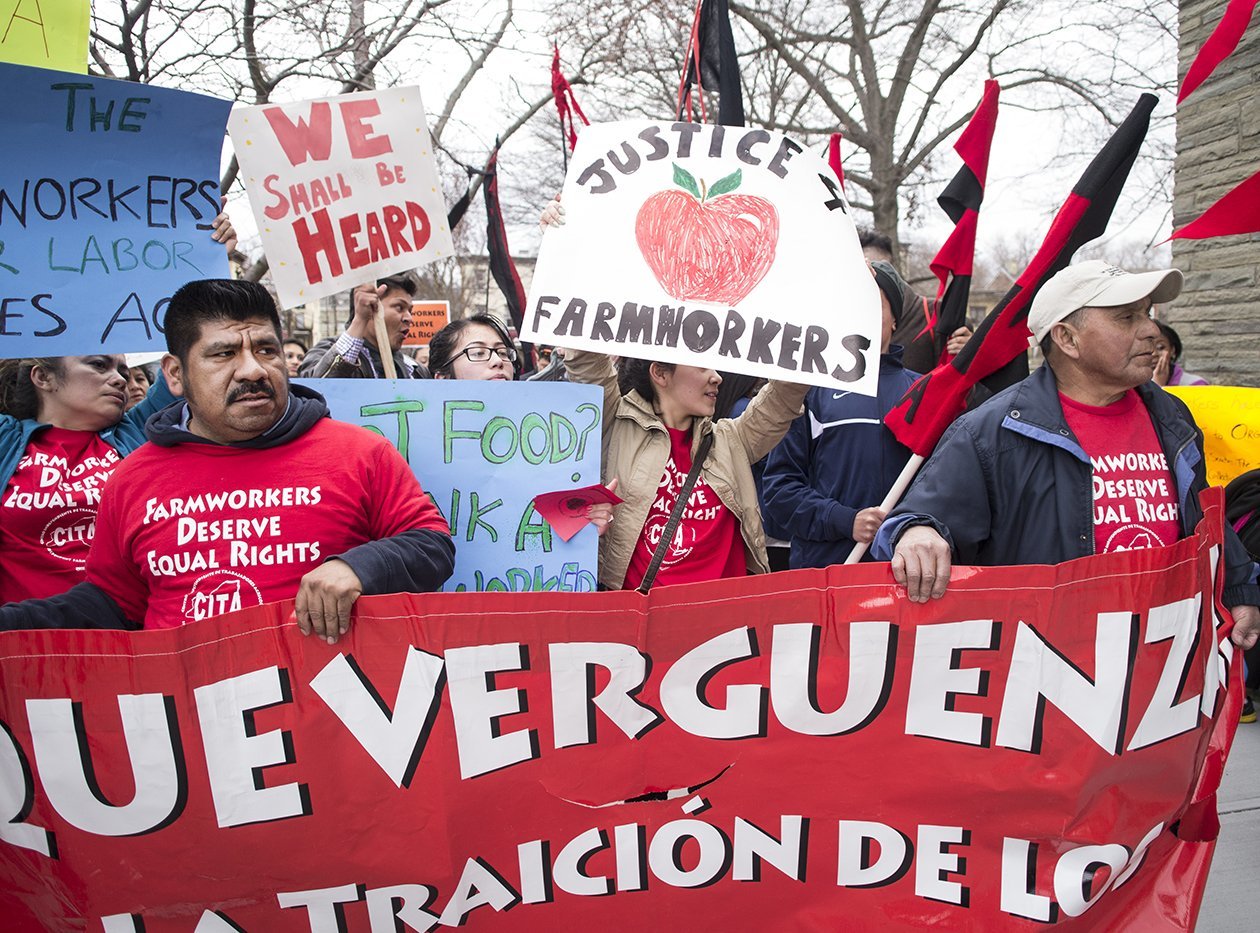 In a split vote, a three-person state panel voted to lower the 60-hour overtime threshold for farmworkers in 4-hour increments every two years beginning in 2024. Labor Commissioner Roberta Reardon has 45 days to act on recommendations from the Farm Laborers Wage Board.
Photo courtesy of Rural & Migrant Ministry
Posted Tuesday, September 13, 2022 11:03 pm
BY RICHARD KHAVKINE

Farmworkers in New York State will have their overtime thresholds incrementally reduced from 60 hours to 40 hours over a decade should Labor Commissioner Roberta Reardon sign off on recommendations by the Farm Laborers Wage Board.

In a split vote, and over the objections of farm owners and their allies, the three-person panel in January voted to lower the 60-hour threshold in 4-hour increments every two years beginning in 2024. The board formally conveyed its findings and recommendations to Reardon last week. The commissioner has 45 days to act on the recommendations.

The wage board conducted hearings and heard testimony over a two-year period starting in 2020 regarding the overtime threshold. The 60-hour ceiling had gone into effect a year earlier, also despite opposition from farm owners.

While farmworkers and their advocates welcomed that outcome, farmers and their allies, bemoaned the decision and called the report by which the board based its decision “flawed.”

Critics of the report included David Fisher, the president of the New York Farm Bureau, a volunteer organization, who cast the wage board’s lone vote against the recommendations.

Fisher, a dairy farmer from St. Lawrence County, said the report lacked “a full and accurate depiction of the data and testimony” gathered over the two years.

He said it lacked  detailed economic data, as well as a dearth of testimony from farmers and farmworkers themselves.

“New York State is a national leader in wage rates, human resource development and safety training,” but much of that evidence was not included in the report, Fisher said during a virtual press conference last week. “In the end, the report … was based on cherry picked data and inflammatory opinion.”

Jessica Maxwell, the executive director of the Workers' Center of Central New York, said that while the timeline to a 40-hour threshold is a long one, “obviously we’re heading in the right direction.”

“It would be historic to see farmworkers recognized as equal to other workers,” she added.

Maxwell dismissed objections by opponents of the board’s recommendations, saying that the decade-long timeline will give farm owners plenty of opportunity to contend with the overtime requirements. “Nothing really justifies putting farmworkers in a different category,” she said earlier this week. “There’s not a lot to complain about.”

Should Reardon adopt the board’s recommendations, farmworkers would be due overtime pay after working 56 hours on Jan. 1, 2024. The threshold will reach 40 hours on New Year’s Day 2032.

Among workers exempt from the state’s overtime provisions are executive, administrative and professional employees; government employees; cab drivers; members of religious orders; and some who work for religious or charitable institutions.

The Farm Laborers Wage Board was empaneled according to the Farm Laborers Fair Labor Practices Act of 2019, which made farm laborers eligible for overtime pay after they worked 60 hours in a workweek starting in 2020.