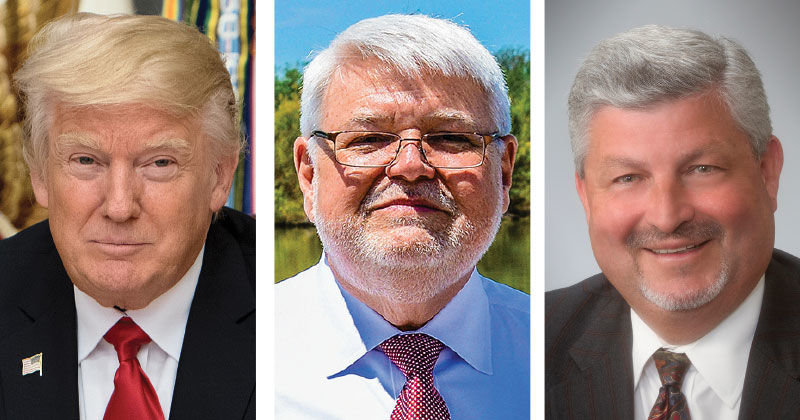 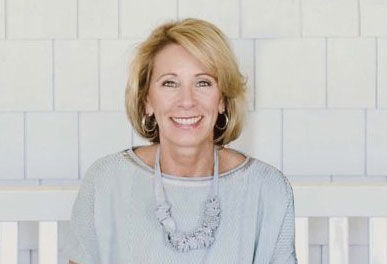 President Trump’s drive to roll back the protections extended to members of the Federal civil service accelerated with his signing of three executive orders just prior to the Memorial Day weekend that targeted the unions representing those workers by cutting the hours for which officials will be compensated for handling contract negotiations and grievances.

The leaders of the American Federation of Government Employees and the National Treasury Employees Union were quick to denounce the White House’s moves as violating Federal laws. The AFGE filed a lawsuit May 30 claiming the changes ran afoul of the Constitution and the NTEU filed its own legal challenge on June 1.

‘Thinks He’s Above the Law’

“This President seems to think he is above the law, and we are not going to stand by while he tries to shred workers’ rights,” AFGE National President J. David Cox Sr. said. “This is a democracy, not a dictatorship. No President should be able to undo a law he doesn’t like through administrative fiat.”

He continued, “Congress passed these laws to guarantee workers a collective voice in resolving workplace issues and improving the services they deliver to the public every day—whether it’s caring for veterans, ensuring our air and water are safe, preventing illegal weapons and drugs from crossing our borders, or helping communities recover from hurricanes and other disasters.

His initial response five days earlier was to brand the changes “the death of the Civil Service of this country by a thousand cuts. The full intent is to silence the voice of Federal employees, and they are clearly an attack upon the checks and balances of the makers of the Constitution of this country."

Later in the press call, Mr. Cox described Mr. Trump’s strategy as simply “an attempt to make Federal employees ‘at will’ employees so they can be made political employees so you can hire whoever voted for you and had a bumper sticker in the last election.”

“The executive orders indicate an administration threatened by workers with rights,” National Treasury Employees Union President Tony Reardon said in a statement. “The truth is these orders will disrupt the workplaces of every agency, add red tape and impede the quality work that taxpayers expect and deserve.”

He asserted that the White House had issued “an inflammatory and misleading one-page summary of the orders,” which left the impression that they “would have an immediate effect on Federal employees. They will not. The collective-bargaining agreements currently in place, after extensive negotiations with agency management, will remain in effect.”

The executive orders call on all Federal agencies to approve only those labor contracts that cut by two-thirds the amount of "taxpayer funded" time that employees handling contract negotiations and grievances can be compensated.

Historically, since the Federal Government operates as an open shop, where employees are not compelled to pay dues but the union is required to represent them, it granted paid release time for its employees doing contractually-mandated union work on behalf of the two-million-plus Federal workforce.

“Those Federal employees authorized to act on behalf of unions will be permitted to spend no more than 25 percent of their time on union business,” according to the White House statement announcing the executive orders under the title “Putting Taxpayers First.”

It continued, “The order cuts back on lobbying or pursuing a grievance against an agency on taxpayer-funded union time. Taxpayers should not pay for unions to sue or lobby the government. Agencies will charge rent to employees that use Federal office space for non-agency business and stop covering travel expenses for non-agency business.”

The White House estimated the changes would save taxpayers at least $100 million a year when fully implemented.

The executive orders also call for “making procedural changes to...streamline the removal of poor performers” under the caption “strengthening the merit system.”

'Too Hard to Fire’

“The current system makes firing bad employees prohibitively difficult, undermining the Federal Government’s merit principles that call for removing poor performers,” according to the White House statement. “It takes 6 months to 1 year to remove a tenured Federal employee for poor performance, plus an average of 8 more months to resolve appeals. Tenured Federal employees are also 44 times less likely to get fired or laid off than private-sector workers.”

No new timelines for the expedited termination were specified.

Last year, in response to a scandal at the Veterans Administration that started to surface during the Obama Administration, Congress passed the VA Accountability Act that made it easier for officials to fire workers at the Department of Veterans Affairs.

Mr. Cox said that the latest executive orders were “modeled on the VA Accountability Act.” He added that the source of the scandals that prompted the Congressional reforms “rose out of the occasion where bad managers at the Phoenix VA...were scamming the system doing all the things wrong and AFGE members, little rank-and-file GS-5 workers, blew the whistle on what the managers were doing...And then they tried to fire those small rank-and-file employees.”

The Trump Administration tipped its hand in March when Secretary of Education Betsy DeVos implemented what the agency called “a collective-bargaining agreement” that covered 4,000 Federal employees in her agency that the union said it had no role in developing.

"You can't even call it a 'collective-bargaining agreement' because it wasn't collective, it wasn't bargained, and there was no agreement," AFGE Assistant General Counsel Ward Morrow told The Intercept.

Today’s merit-based Federal civil service can trace its roots back to the Pendleton Civil Service Reform Act of 1883. Prior to that, Federal Government jobs were often handed out as spoils by the political party that controlled the White House. It was the assassination in 1881 of President James Garfield by a frustrated job-seeker that put a spotlight on the national patronage system which had become rife with nepotism, corruption and bribery.