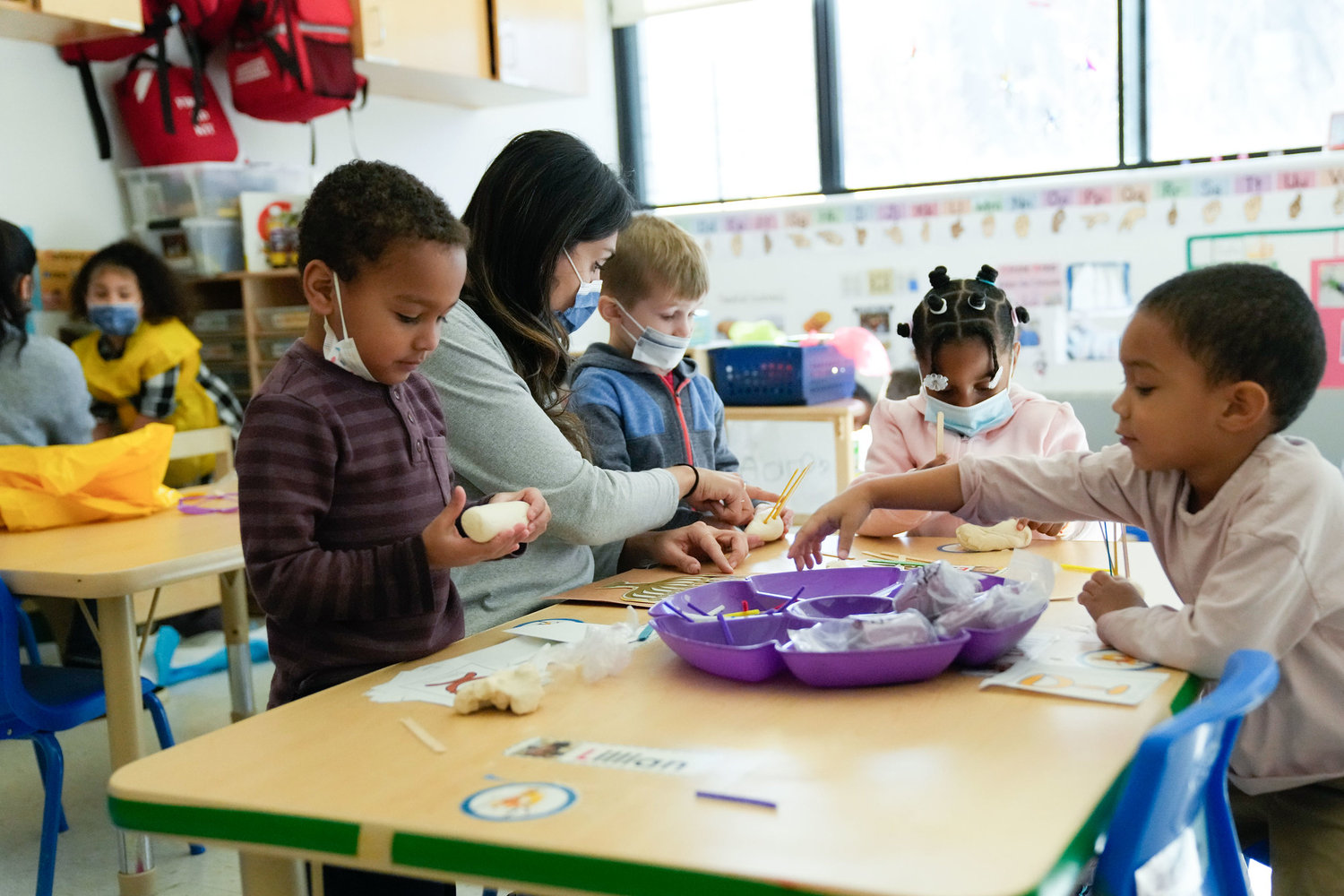 A Brooklyn Supreme Court justice ruled that the Department of Education violated the due process protections of 30 tenured educators accused of submitting fake proof of Covid vaccination. The educators, who were placed on unpaid leave last spring then returned to the DOE payroll in September, received memos Jan. 11 allowing their return to the classroom, according to the United Federation of Teachers.
Michael Appleton/Mayoral Photography Office
Posted Friday, January 20, 2023 12:00 am
BY CRYSTAL LEWIS

The educators, who are tenured and were named in a lawsuit seeking their reinstatement, are among the 82 Department of Education employees who were placed on leave without pay last April for allegedly failing to comply with the vaccine mandate established for city schools employees in the fall of 2021.

The United Federation of Teachers argued that the city violated its collective bargaining agreement by disciplining its members without first holding due process hearings. An arbitrator agreed, ruling last June that the DOE did not have the right to place the accused educators on unpaid leave without first allowing them to appeal.

The DOE sent a memo to the staffers informing them that they would start being paid again once school started in September, but that they would not return to the classroom. A lawsuit naming 30 of the educators sought their reinstatement to their previous classroom positions, as well as back pay. The teachers argued in the suit that their placement in a reassignment center — better known as a “rubber room” — without first having a disciplinary hearing was “capricious and arbitrary.”

Brooklyn Supreme Court Justice Gina Abadi agreed, stating in her Dec. 30 decision that the DOE “cannot skirt the disciplinary requirements by claiming that petitioners failed to meet a condition of employment in failing or refusing to be vaccinated.”

She acknowledged that the courts have permitted city employees to be fired or placed on unpaid leave for failing to meet Covid vaccine mandates without first facing due process hearings. “However, this matter does not involve a situation where petitioners’ failure or refusal to comply with the vaccine mandate order is at issue. Instead, petitioners maintain that they have, in fact, complied with the mandate and that the allegations are false,” Abadi concluded.

The judge also prohibited the DOE from further placing employees in reassignment centers or on unpaid leave without first holding due process hearings and ordered that the workers receive back pay.

Their union applauded the decision. “The UFT's position is that the DOE had no authority to place members on unpaid leave based on unproven allegations,” a spokesperson for the union said.

The 30 educators named in the lawsuit were able to return to the classroom last week, the UFT said in an email. “We are continuing to work with the Department of Education on the return to service for other affected UFT members,” the union said.

A city Law Department spokesperson told the New York Post, which first reported the decision, that it was reviewing “this disappointing decision and considering our options.”

The Special Commissioner of Investigation for the New York City School District provided the DOE with a list of employees who were “implicated” in a “fraudulent vaccination operation” probe, according to the decision. The investigation is ongoing.