Educators in vax scam will return to payroll

But not yet to classrooms 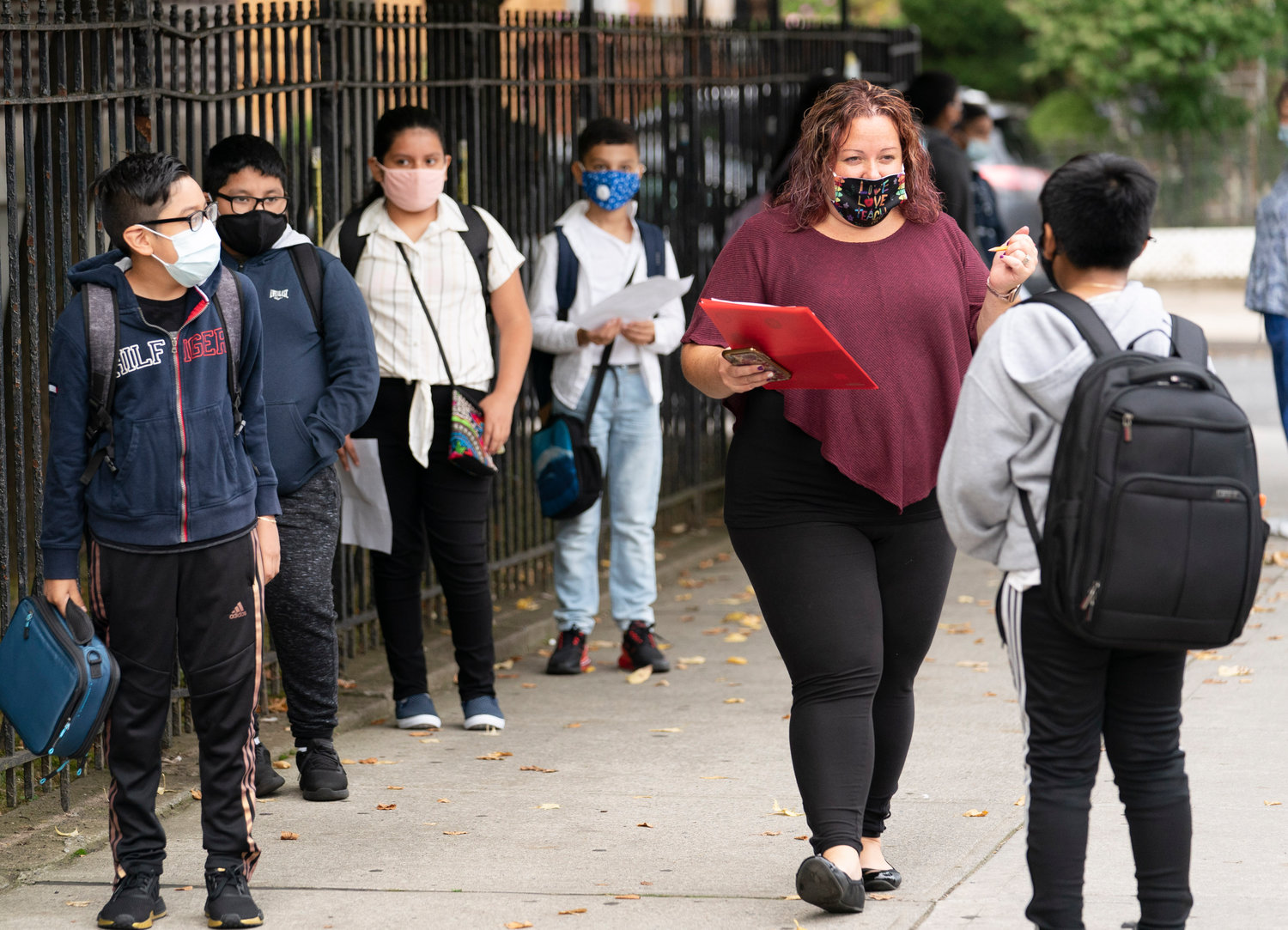 A teacher at PS 179 in Brooklyn greets students returning to school for blended-learning in September 2020. The 82 Department of Education staffers accused of submitting phony Covid vaccination cards will be placed back on payroll this fall.
Mark Lennihan/AP Photo
Posted Monday, August 15, 2022 3:08 pm
BY CRYSTAL LEWIS

The city Department of Education will return 82 teachers who allegedly submitted fake Covid vaccination cards on the payroll starting the first day of school, Sept. 6.

Last week, the DOE sent a memo to the accused staffers informing them that they would start being paid again but would not return to the classroom, the New York Post reported Aug. 13.

“Upon your return, the DOE will conduct an internal investigation related to whether the proof you uploaded is fraudulent,” the memo stated.

The educators are expected to find out where they will report Sept. 1, according to the document. City Hall and the DOE did not return a request for comment.

The staffers were put on unpaid leave but with health benefits April 25 for allegedly failing to comply with the vaccine mandate established last fall for public-school employees.

The DOE took action against the 82 educators after the department received information from an “independent law enforcement agency” that their proof of Covid-19 vaccination was fraudulent, according to a Manhattan Supreme Court lawsuit filed by the department last month.

The accused staffers were told to contact the department if they believed the allegations were false. But the United Federation of Teachers argued that the city violated its collective bargaining agreement by disciplining its members without first holding due process hearings.

Several of the accused educators claimed they were vaccinated and were placed on leave by mistake, according to the union.

In a June 27 decision, arbitrator Martin Scheinman found that the DOE failed to uphold the educators’ due process protections. He called on the union and the department to create an appeals process for the accused employees.

The city filed a lawsuit July 7 calling for a temporary restraining order, which was denied. It argued that the DOE has the right to place employees on unpaid leave for failing to meet a condition of employment, and noted that the arbitrator has no authority over the matter.

Another hearing on the matter was held in July.

In an email to the accused teachers, the UFT acknowledges that the educators will return to the payroll “while the allegations are investigated.”

“We are continuing to work with the DOE to determine how the issue of back pay will be resolved,” the email continues.

More than 900 employees working in city public schools were terminated and lost health benefits in February because they refused to get vaccinated.