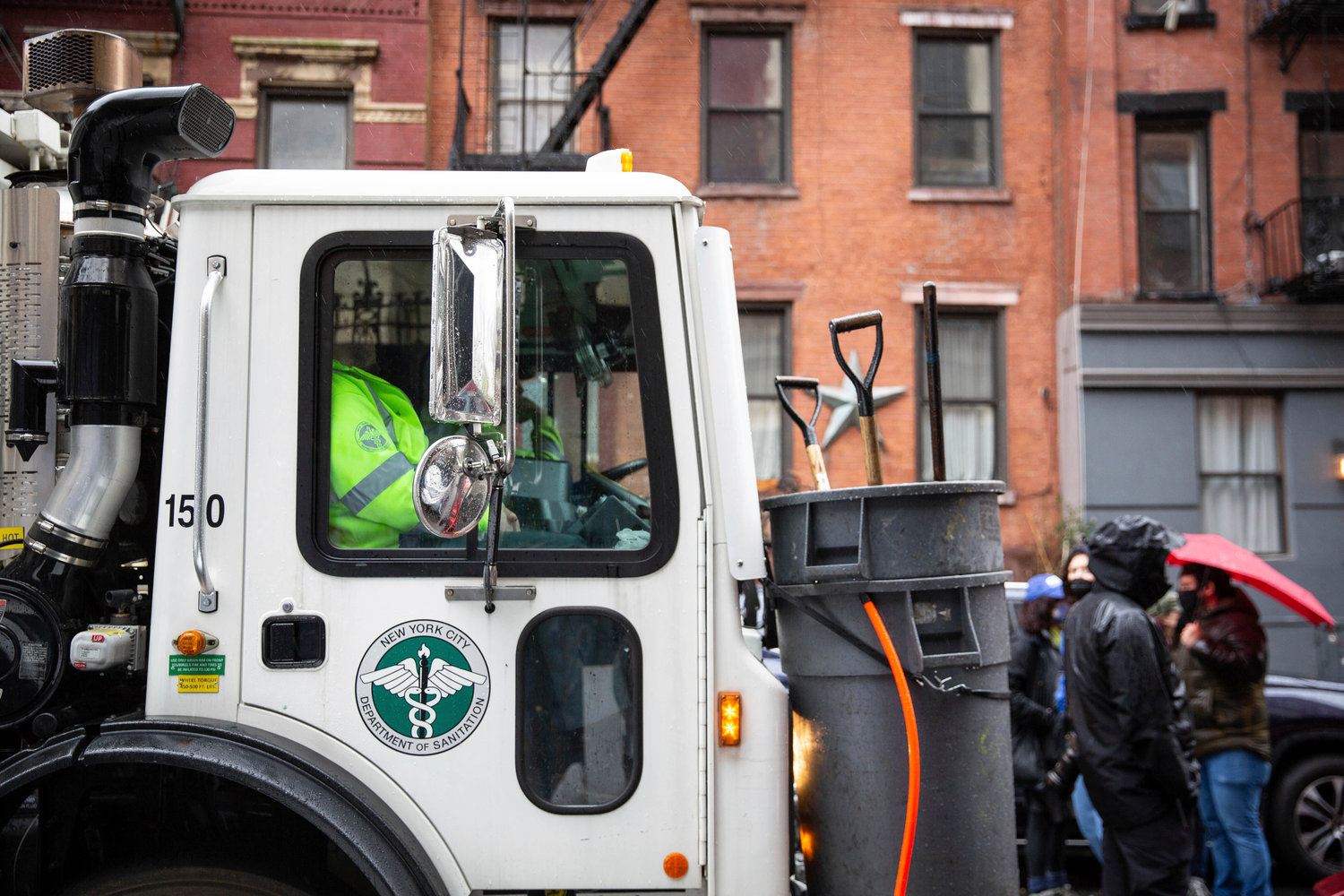 Department of Sanitation police and personnel and the NYPD removed a homeless encampment adjacent to Tompkins Square Park in April. A recent federal class-action lawsuit alleges that the DSNY and the city is discriminating against enforcement agents by paying them substantially less than sanitation police officers, even though they perform some of the same work. Department officials note that there are considerable differences in tasks and responsibilities between the titles.
Karla Ann Coté/Sipa USA, via AP Images
Posted Wednesday, August 3, 2022 1:18 pm
BY RICHARD KHAVKINE

A number of the city’s Strongest have filed a class-action suit claiming that the Department of Sanitation and the city have discriminated against them based on their gender and their race by underpaying them for work substantially the same as that being done by others being compensated much better.

All of the named plaintiffs are either Black, Hispanic or Native American with between 12 and 33 year with the department, according to the suit. Six are women. None makes or made more than $49,545, with the lowest salary being $43,000.

The current suit says that like their police officer colleagues at the department, enforcement agents issue parking, criminal and Environmental Control Board summonses, and investigate complaints of illegal dumping and other alleged infractions, enforce regulations and, the action claims, even make arrests.

In fact, the suit says, enforcement agents have trained Sanitation police on their tasks.

There are some notable differences between the titles, however.

DSNY police officers, like their colleagues in law enforcement, are peace officers who are licensed to carry firearms, and do so. Also unlike enforcement agents, they also must have commercial driver’s licenses, which allows them to drive plows during snow emergencies, as well as other heavy equipment when needed.

In effect, the department likens the differences between its police officers and enforcement agents as being akin to those between transit police and transit booth personnel.

The department, though, says it has made considerable efforts to close the pay gap, for instance by trying to promote enforcement agents from Level 1 to Level 2 and then onto the supervisory title, associate sanitation enforcement agent whenever possible.

But DSNY says that even that effort has been frustrated by the lack of a contract, which the department says is because enforcement agents and associate enforcement agents have declined to accept agreements that follow the city’s salary adjustment pattern.

A DSNY spokesperson said “the city’s Law Department is reviewing the case and will respond in litigation.”