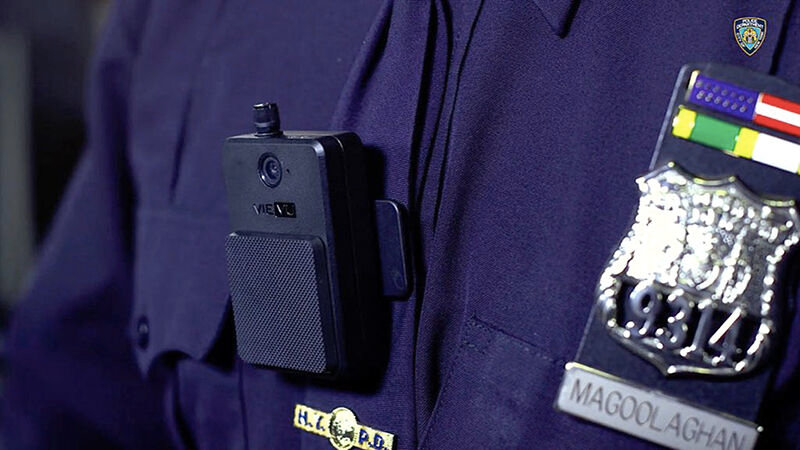 CAMERA ACTION: A report by the city’s Department of Investigation concluded that the Civilian Complaint Review Board is precluded from accessing NYPD body-worn-camera footage necessary for its investigations for a number of reasons. Among the report’s recommendations are better cataloguing of the footage and 'good-faith' discussions so as to streamline and expand access to the footage.

The Civilian Complaint Review Board lacks sufficient access to the NYPD’s body-worn-camera footage to diligently perform investigations into allegations of police misconduct, a report from the city’s Department of Investigation has concluded.

Unlike other city agencies that have NYPD oversight responsibilities, the CCRB is often precluded from obtaining “footage necessary for optimal performance of its mission," stated the report, released Nov. 5. It found that the CCRB was overly dependent on the Police Department for access, which “may contribute to unnecessary delays that impede CCRB investigations.”

Part of the reason for those delays is that the department’s footage platform combines recordings, including footage from sealed cases and that which involves juveniles, “thereby preventing direct access by CCRB and creating significant procedural obstacles,” the report found.

The report, by the DOI’s Office of the Inspector General for the NYPD, looked at how the footage was used by five city police-watchdog agencies: the CCRB, the Law Department, the City Comptroller, the Commission to Combat Police Corruption and the Commission on Human Rights. The report found that each of those agencies can access and then analyze body-cam footage but that “current procedures do not provide every agency with the appropriate level of access to BWC footage needed to perform their respective duties.”

Its authors recommended that the department implement software or policy changes to “properly sequester” sealed footage apart from unsealed material. The NYPD should then provide the CCRB “with independent and direct remote access credentials” to facilitate access to footage relevant to its investigations.

The report also suggested that the NYPD, within six months, “engage in good-faith discussions” with the CCRB and the four other agencies with responsibilities for police oversight to determine how to better streamline and expand access to the footage.

“Shortening investigations has been a priority of the CCRB for a long time, and direct access to BWC footage will allow the CCRB to complete more thorough and efficient investigations,” he said in a statement. “ We reiterate the need for a legislative change to allow the CCRB and oversight agencies to have access to sealed records and make sure we are able to investigate all allegations of police misconduct. Direct access has, and continues to be, one of the top needs of the CCRB and we support DOIs recommendation.”

In response to the report, the NYPD’s Deputy Commissioner for Legal Matters, Ernest Hart, deflected some of the DOI’s contentions, notably that the department “cherry picks” which of the CCRB’s footage requests to fulfill.

“The Department has consistently made efforts to refine and expand searches for BWC footage to ensure optimal responses to CCRB,” he wrote. He said that together with attorneys, technicians within the department’s Body-Worn Camera Unit “search for the broadest universe of responsive footage” and then work to obtain necessary waivers or court orders to enable timely dispatch of agency requests.

While Commissioner Hart noted a significant backlog tied to CCRB requests that ultimately reached 1,000 requests during the pandemic in June 2020—about the time the watchdog agency was receiving misconduct complaints tied to the George Floyd protests—the two agencies established new search-and-production procedures to reduce the backlog, which is now at zero.

So far this year, the CCRB has made nearly 2,300 requests for footage, all of which “have been timely processed,” Mr. Hart said.

Without detailing its nature, he noted that ongoing litigation regarding sealed records could impact agencies’ access to some records.

All told, though, the NYPD “has strived to strike a balance between the need for robust, external oversight,” privacy considerations “and the integrity of ongoing criminal investigations and prosecutions that is critical to public safety," he said.

The CCRB, which prosecutes misconduct allegations made against NYPD officers, has by definition an adversarial relationship with the department.

In a February 2020 report, the watchdog agency conclude that video footage is an “integral” investigative tool in ascertaining whether officers acted professionally or engaged in misconduct.

“BWC evidence greatly increases the CCRB’s ability to determine what happened during a police-civilian interaction, resulting in a greater number of cases being closed with a disposition of substantiated, unfounded, or exonerated, (on the merits). Between May 2017 and June 2019, the CCRB closed 76% of complaints ‘on the merits’ where there was BWC evidence, compared to 39% where no video was available,” the CCRB report found.

While the DOI report credited the NYPD for a better response to CCRB requests for body-cam footage following a 2019 memorandum of understanding between the two agencies, arrived at a few months after all officers were outfitted with the cameras, it suggested more was needed if the watchdog agency was to properly investigate allegations in a timelier fashion.

“While the MOU represents a significant improvement in how CCRB accesses BWC footage for use in its police misconduct investigations, the agreement leaves room for further progress, including direct access to BWC footage to reduce investigative delay,” the report found.