For failing to act to prevent suicide attempt 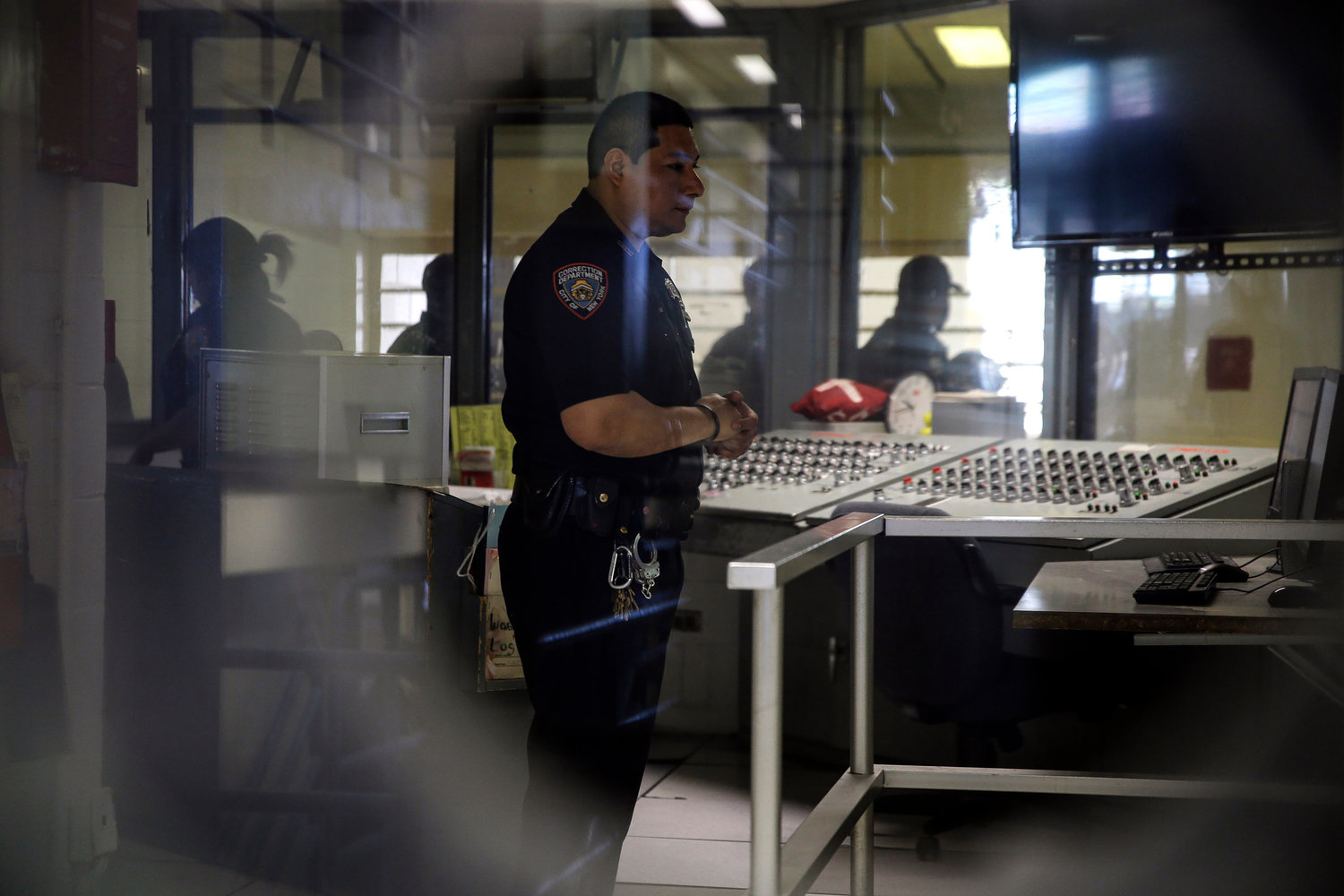 A city Department of Correction officer watched monitors at a security post in an enhanced supervision jail unit on Rikers Island. Two current and two former DOC officers have been indicted for failing to intervene in an inmate’s suicide attempt until it was too late to save the teenager from serious brain damage.
Seth Wenig/AP Photo
Posted Tuesday, July 26, 2022 2:56 pm
BY KAREN MATTHEWS

Two current and two former DOC officers have been indicted for failing to intervene in an inmate's suicide attempt until it was too late to save the teenager from serious brain damage, authorities announced.

Prosecutors said the officers can be seen on surveillance video walking past Feliciano and taking no action for seven minutes and 51 seconds.

"The defendants ignored their duty as correction officers to maintain custody, care and control of the person incarcerated, by allegedly waiting nearly eight minutes until they rendered assistance to the inmate whom they saw hanging," Clark said. "The young man is now living with extensive brain damage."

Correction Captain Terry Henry and Officers Daniel Fullerton, Kenneth Hood and Mark Wilson were arraigned Monday on charges of first- and second-degree reckless endangerment and official misconduct. They were released without bail and are due back in court on Sept. 15.

A DOC spokesperson said Fullerton and Wilson resigned from the department in February, Hood has been suspended and Henry is on modified duty.

'Politics and not facts'

Benny Boscio, the president of the Correction Officers' Benevolent Association, said the union would defend the officers vigorously. "Today's indictment of our officers, stemming from an incident that occurred over three years ago, is further evidence that this case is being driven more by politics than by facts," Boscio said.

Boscio said the district attorney's office should prosecute "the nearly 800 inmates who've committed vicious crimes in jail, including the slashing and stabbing of inmates and officers."

The charges against the four officers come as federal authorities are considering a takeover of the troubled Rikers Island complex to institute reforms.

David B. Rankin, an attorney for Feliciano, said the indictments are "another example of the festering sore that is Rikers Island." He said Rikers "is a disgrace to our city and needs to be shut down immediately."

Feliciano has been in a hospital brain injury unit since the suicide attempt.

"Every day I see Nicholas fighting and it's been traumatic seeing the pain of him even trying to breath, eat, talk, and to learn how to live again," Feliciano's grandmother, Madeline Feliciano, said in a statement. She said the officers who failed to help her grandson "need to be held accountable for their actions."