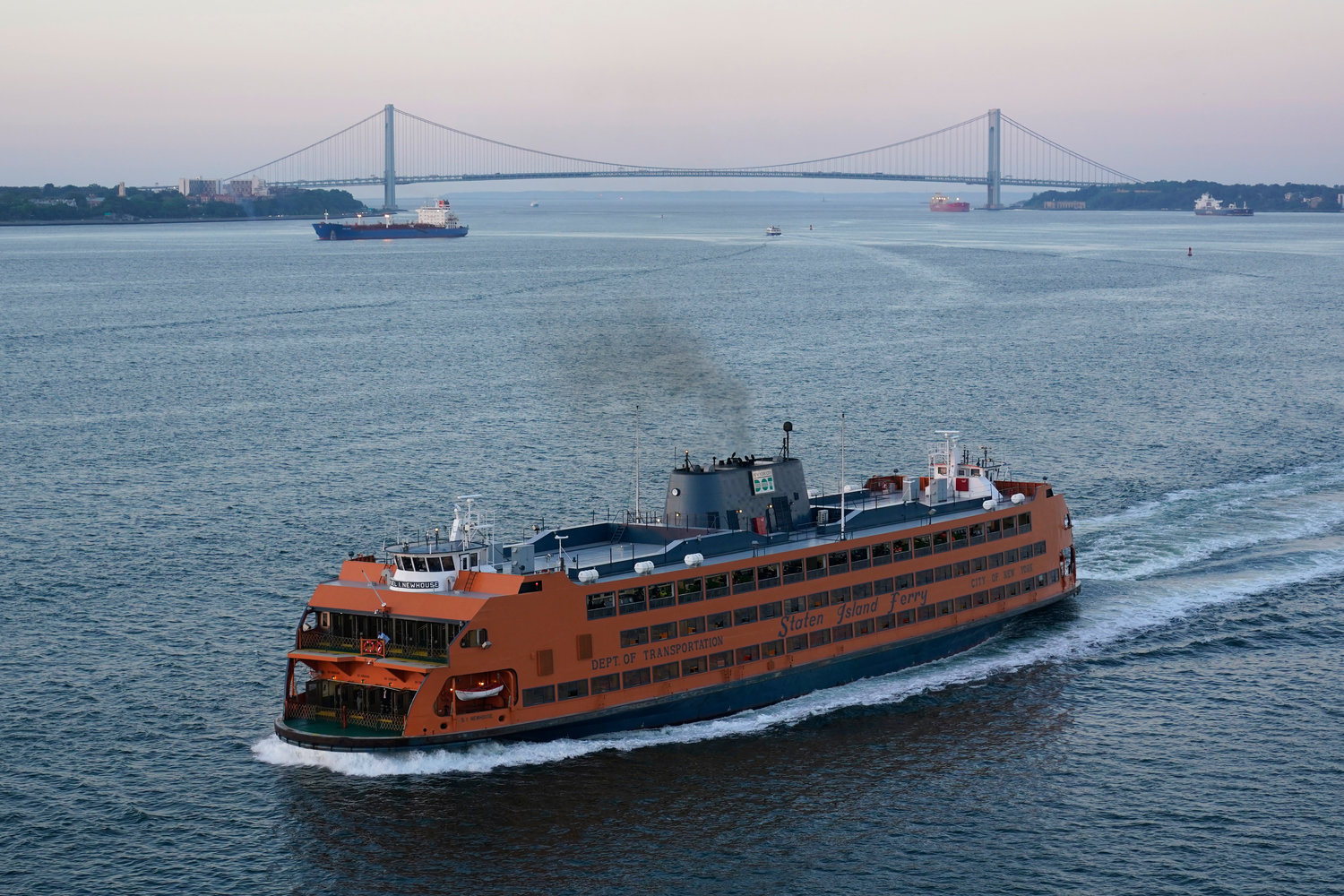 The Staten Island ferry workers labor dispute, which has been under-reported, could easily be cured by a simple device: a time machine. Roll back the calendar to 2009, revert to that year's costs of housing, medical care, fuel, food and everything else, invent a fail-safe device that would prevent price-gouging, tame the free market, and the curtailed ferry service caused by shortage of staff would cease to be an issue or an excuse.

For 12 years, the captains, engineers and mates have been working with an expired contract.  Despite all the hardship and setbacks, their productivity has been undiminished, though not their debts. Economic necessity has forced a large percentage of these approximately 100 employees to bail out. Skeletal crews, which would compromise safety standards, are not an option.  The city Department of Transportation cannot wiggle and worm its way out of compliance.

And so Staten Islander, commuters and tourists are being inconvenienced and insulted by the city. Not by the ferry workers.

When former Mayor Bloomberg shuffled off his mayoral coil after three terms, he left almost all public employee unions with expired contracts. He refused to negotiate in good-faith, was profoundly opposed to any improvement in compensation without givebacks that would outweigh and negate them, and played a waiting game in the hope of provoking workers into illegal strikes.

That was his legacy. There's a German word for it: gift. It means "poison.”

Fairly expeditiously during Bill DeBlasio's mayoralty, the city negotiated new contracts, for better or worse, with every one of 152 bargaining units except one: the Staten Island Ferry workers. There were the horseshoe crabs of municipal labor: forgotten by time.

The effect over the years, presumably not calculated by the city, was to tease, sting and pinch them into attrition.

The Board of Labor Statistics confirms that the Ferry captains, for instance, are paid around $20,000 less than their counterparts among New York State employees.

The mariners make their job look easy. Nobody gives them much thought, because every crossing, even during storms, appears uneventful and is taken for granted. These folks are serious professionals. Most are college-educated and are thoroughly-trained navigators.

If the Department of Transportation ever gets around to it, they will familiarize these ferry captains with the new $103 million ship that will be used for rescue in case of future catastrophe. They never know when it will come in handy: On September 11, 2001, they executed an evacuation on a grander scale than that of Dunkirk in World War II.

Robert Linn, who ran the City's  Office of Labor Relations for many years, is mystified why the Staten Island Ferry workers remain, after three administrations bereft of an agreement. Almost 360,000 other public employee union members have an existing timely contract.

Why not the 100 members of the Marine Engineers' Beneficial Association (MEBA)? What percentage is that? It's easier to do the math than to solve the mystery.

"Bargaining in good faith" is not in the eye of the beholder anymore.

New York State's Taylor Law, which bars strikes by public employee unions, but not management from failing to bargain in good faith, shields employers from repercussions from the injustices they impose, but not the victims of those injustices were they to civilly avenge them by withholding their labor.

The Triborough Amendment, by requiring, adherence to the terms of an expired contract pending the settlement of a new Contract, extends security to workers and some immunity from the havoc that would result if management had a free hand to abuse and fire at their pleasure as they would otherwise be irresistible to many of them.

But let's remember: it's been half a generation since the natural life of the last MEBA contract!

Against the backdrop of the Taylor Law prohibitions, it's prudent that MEBA stick to the truth that there has been no "sick out" of its members and the finger of accusation should not be pointed at them for the present insufficient staffing and service cut-backs.

The union's logical and credible view is that these problems are due to the steady decline in the number of qualified personnel which has not been redressed for years, despite the crisis being articulated to the city by MEBA, politicians like State Senator Diane Savino, Congress Member Nicole Malliotakis and others.

Mayor Eric Adams’ pledge to hire new recruits and to achieve a "pattern-conforming agreement" has literally not stood the test of time. Is it too much to ask that after 12 years, it be upgraded to a priority?

The city has offended not only by its inaction but by action. Hiring NYC Ferry, a non-union entity, for replacement duty is hardly a metaphorical handshake. Neither is asking Staten Island Ferry workers to perpetually work 12-hour shifts, sometimes seven days a week.

Roland Rexha, the secretary-treasurer of MEBA, has been patient and reasonable in his assessments and demands. He and Vincent Alvarez, president of the New York City Central Labor Council, see a solution in plain sight: competitive wages and benefits, and recruitment and retention incentives.

Nobody knows what number Adams came up with when adding 2 plus 2, but clearly it was not 4. Although he correctly tallied the heightened incidence of absentees among Staten Island Ferry employees, his implication that it was a union-driven protest suggests that logic is not his strong suit (though he has many suits).

There's been no job action and nothing authorized. Nothing coordinated. Nothing "wildcat.” Nothing at all. There will always be union-busters who try to distract and divert. I trust a union that has shown collectively such superhuman forbearance.

As a kid I took the ferry, especially in the fog, and could see through my ancestral memory the Statue of Liberty and Ellis Island even when they were obscured by the mist, and I envied the guys jumping off the boat to tie up the ropes when docking. All those movies, literature and  revisited memories of innumerable people over generations now lost to us.

There's nothing more physically and spiritually iconic on the American landscape.

Let's keep it simple. Keep it real: pay these workers at least a decent semblance of what they're worth.

Negotiate now. And watch the pilings!