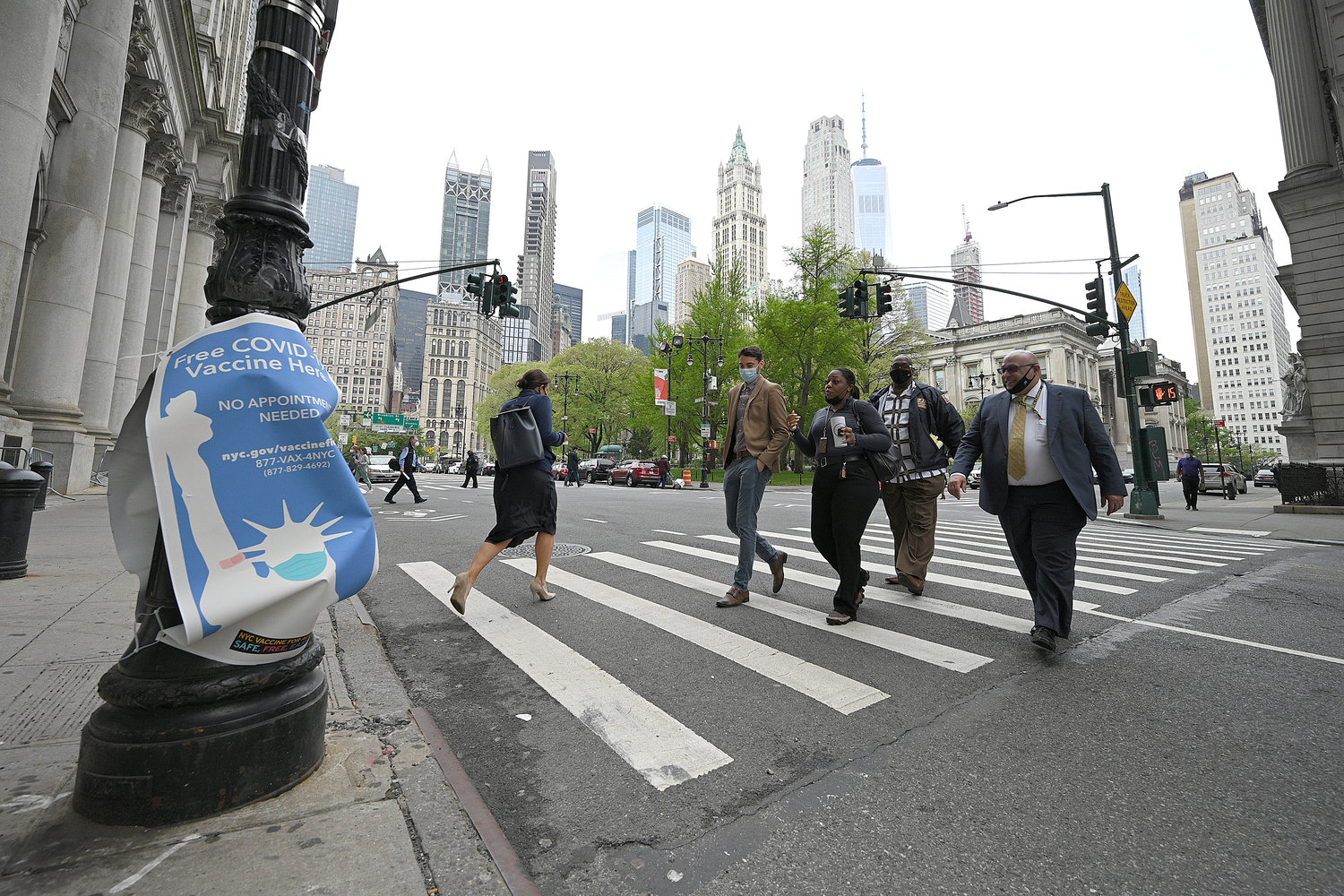 The city Department for the Aging last week officially launched Silver Stars, a program for retired city employees looking to 'unretire.' Retirees can work part-time at one of five city agencies including at the Department of Citywide Administrative Services, headquartered at the David N. Dinkins Manhattan Municipal Building, at left above.
Anthony Behar/Sipa USA via AP Images
Posted Friday, July 8, 2022 12:00 am
BY CRYSTAL LEWIS

Mary McLaughlin, who started working at the FDNY in 1984, retired as an administrative community relations specialist in September.

But her exit from civil service didn’t last long: upon telling her supervisor that she planned to retire, he asked if she had any interest in joining a pilot program that would allow her to return to work part-time and still collect her pension

“It took off from there,” she said recently. McLaughlin, 67, now works three days a week answering phones and signing in patients at a World Trade Center Health Program clinic for first responders.

“This is an opportunity for me to give back to the Fire Department, who gave me so much over the years,” she said. “And it’s great because I’m working with doctors and nurses I’ve known for years.”

With the cost of living on the rise, the number of retirees re-entering the workforce is also climbing. More than 1.5 million formerly retired Americans have returned to work over the past year, according to a May report by The Washington Post using data from the U.S. Bureau of Labor Statistics.

“With individuals living longer than ever before, many older adults, whether because they want to or out of necessity, are working later into their lives,” DFTA Commissioner Lorraine Cortés-Vázquez said. “The Silver Stars programs not only gives older adults an opportunity to find work, but also allows the city to benefit from the extensive knowledge and skills they bring to agencies.”

Silver Stars participants are allowed to work up to 21 hours a week, and are typically assigned to projects that last about a year, depending on the agency’s needs. The program’s employees can earn a maximum of $35,000 a year, must be fully retired from city service, must live in New York City and have no remaining sick or vacation time balance.

“Being part of Silver Stars has made the transition to retirement better for me existentially. I enjoy working three days a week in the agency I have been a part of [for] most of my career, and the money I earn is put into a special travel fund for future adventures” said Cheryl Moch, who works as a Silver Star at DFTA.

Dina Montes, a spokesperson for DFTA, said that the program provides an opportunity not only for retirees, but for the city to create an age-inclusive workforce. “We are currently engaging all city agencies about this program and expect more will join us in the future,” she added.

The number of Americans working over the age of 65 has been growing steadily over the past decade, with employees in this age group expected to account for more than 60 percent of labor-force growth from 2020-2030, according to BLS data.

"Through programs like Silver Stars, we are charting new pathways and reimagining what life after retirement can look like for those who still want to make a meaningful impact in New York City,” DCAS Commissioner Dawn M. Pinnock said.

McLaughlin, the former FDNY worker, encouraged her retirees to look into the program, since, she said, “I’m sure they would love to return to civil service on a part-time basis. It’s hard to work five days a week and commute as you get older,” she said.