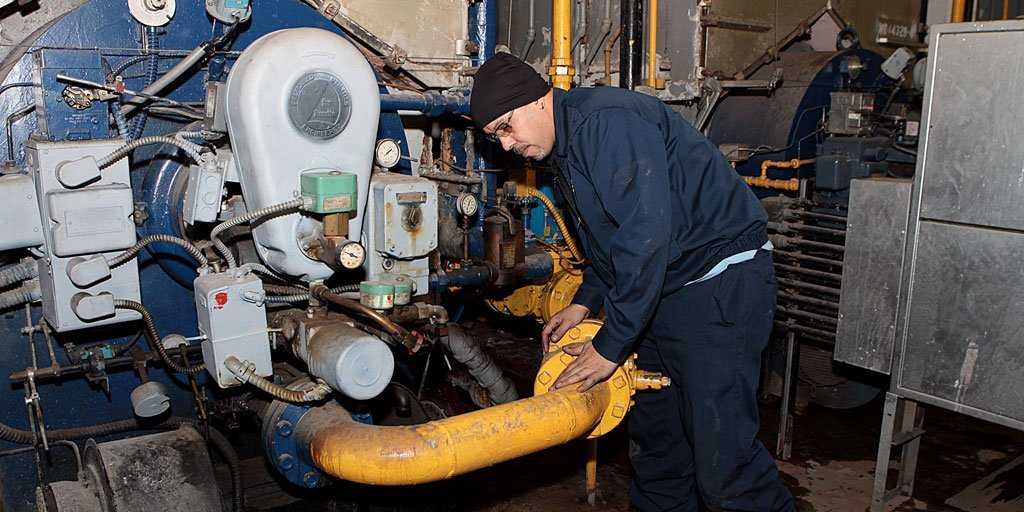 A worker at the city Housing Authority repairs a boiler. Although the HA has made strides in repairing elevators, and addressing rats and pests problems and other unsafe conditions, the number of heating outages has increased since 2019, the federal monitor charged with overseeing reforms reported.
Courtesy of NYCHA via Twitter
Posted Friday, December 9, 2022 12:00 am
BY CRYSTAL LEWIS

A steady spike in heating outages at the city Housing Authority and slow progression towards replacing elevators indicated that while the agency has advanced in its reform efforts, much more work needs to be done, a federal monitor found.

In 2019, NYCHA entered into an agreement with HUD and the Manhattan U.S. Attorney’s office that aimed to transform the city’s public-housing system by addressing mismanagement and unsafe and unsanitary conditions and appointed a federal monitor to oversee the process.

But a report released Nov. 29 by the monitoring team found that there were 352 boiler failures this past winter — a 73 percent jump in comparison to the 2020-2021 heating season, when there were 204 outages. Since the winter of 2019-2020, there has been a 130-percent increase in heating outages.

Much of the heating equipment is aging: problems with boiler controls and burners were the primary causes of heating outages. But staff often provided descriptions of repair work that were not useful, the report indicated.

The monitoring team urged NYCHA’s Heating Management Services Department to “improve the training and management of its staff so that work orders provide accurate descriptions of the condition of the equipment, the staff’s assessments of why the equipment failed, and all corrective actions taken,” the report states. “The lack of quality data … is a significant obstacle to assessing the effectiveness of annual overhauls and identifying root causes of outages and problem assets, and inhibits the development of mitigation strategies.”

The federal monitor, Bart Schwartz, noted that the analysis “marks a milestone in NYCHA’s progress in meeting the requirements of the HUD Agreement. The Monitor team will continue to work with NYCHA to maximize its resources —  in this case, data combined with field observations. Better performance by NYCHA will help gain the trust it needs to obtain additional support and funding.”

NYCHA has more than $40 billion in capital needs and, as of October, has more than 668,000 open work orders. The agency noted that it plans to replace 328 boilers across 76 developments through 2024.

“NYCHA and the Federal Monitor have worked together since 2019 to build a foundation for the Authority to make more informed, objective and transparent decisions rooted in a true understanding of what it needs to do to improve how it operates and provide decent, safe and sanitary living conditions for the residents,” HA spokeswoman Rochel Leah Goldblatt said in a statement.

The monitoring team did applaud a reduction in elevator outages across NYCHA developments. Through Sept. 30, there were 26,954 outages, a 14-percent reduction compared to the first nine months of 2021.

The report noted that at pilot projects at developments with a high rate of elevator outages, elevator operations improved significantly when elevator mechanics and helpers performed preventative maintenance work on the aging equipment instead of visual assessments. The monitor also noted that staff worked fewer hours repairing breakdowns. In recent years, there has been a shortage of elevator mechanic helpers.

“This is one example of how an approach informed by data can lead not only to a reduction in outages but also to an increase in the availability of elevator personnel who would otherwise be busy responding to outages which can be eliminated or reduced,” Schwartz noted.

Still, HA has been slow to improve living conditions for its 535,686 residents. About 58 percent of NYCHA’s more than 3,000 elevators are past their recommended lifespan. The HUD agreement required the agency to replace 108 elevators by the end of this year. Just two new elevators have been installed so far.

“Although this report is a testament to NYCHA’s ongoing progress, the agency still has a long way to go,” Schwartz stated.