Montefiore, do no harm! 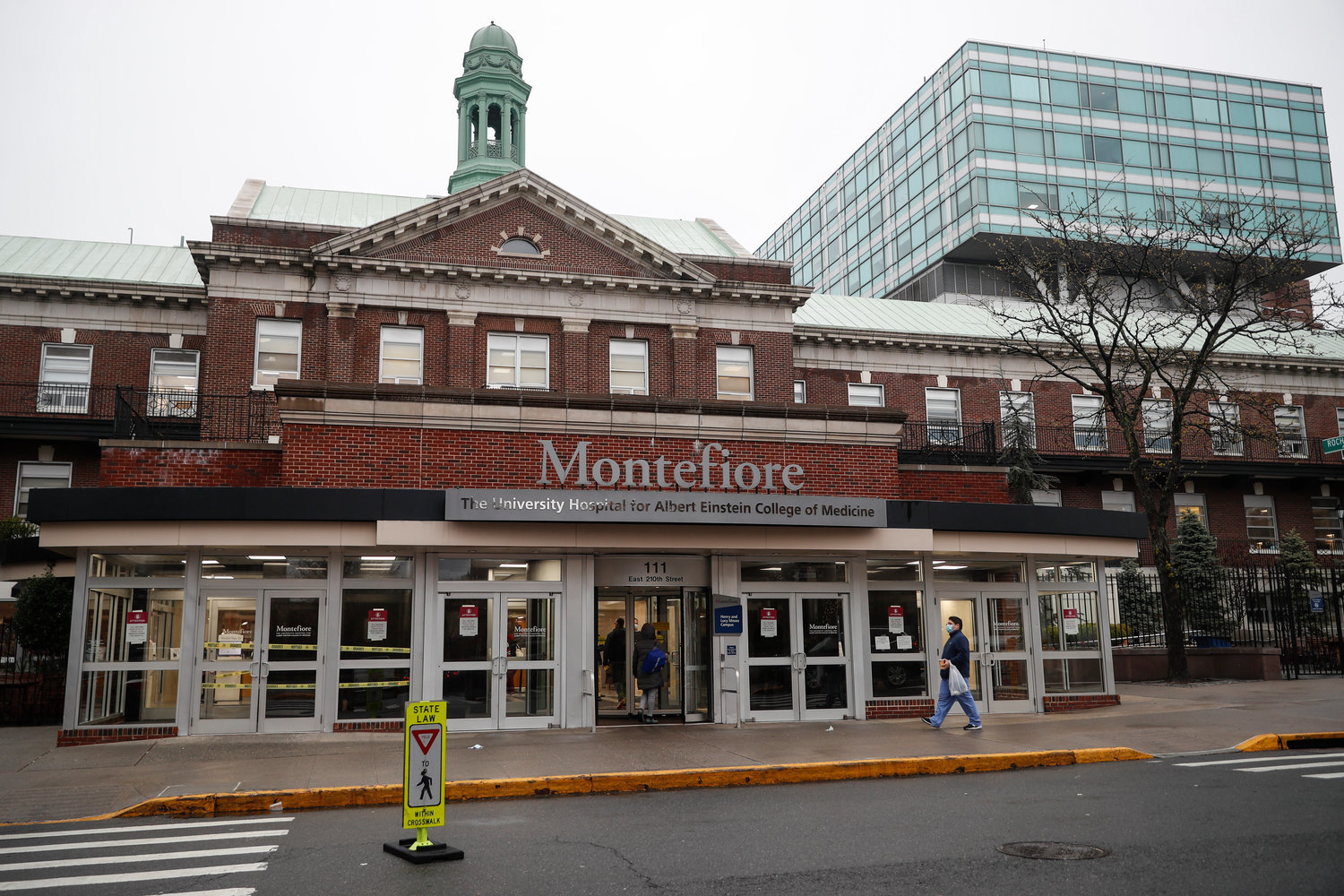 That's the Hippocratic Oath that new physicians take as they launch their careers into the stardom of affluence. The original intent of the word "harm" is clear, but over the centuries, it has come to refer to more than simply upholding the highest standards of medical care for patients.

Modern doctors may fulfill their vow, but typically not at the expense of their own fast-tracked prosperity and the prestige it brings. They are quite adamant about not giving short shrift to their own self-care. That's why "PC" follows "MD" on their business cards.

It's an overarching concentration.

Even while they're still memorizing the Latin names for various glands and tissues, they are mastering the billing codes in order to tame the insurance company beasts and make them their spirit animals. That means matching treatments to numbers that correspond to categories that will generate maximum reimbursement.

Nonetheless, doing no harm to patients still occupies the pole position on the hierarchy of values of most newly minted physicians. Stock-market investments and status-affirming symbolism often replaces it later. When medical residents look into a mirror, they see not only their physical presence but their mindset.

Eventually the glass frosts up. The real world corrupts.

The idealism of these doctors requires a system that allows them to exercise it. When they are treated as mere moving parts in the corporate machinery of hospital centers, intervention is urgently demanded.

That means unionization. And  a crescendo of clamor for it. When doctors have collective bargaining rights, it helps them heal patients. That's even better than doing no harm.

Montefiore Medical Center in the Bronx is a prime example. Of its 1,200 physician trainees, around 70 percent have voted to join the Committee of Interns and Residents (CIR), which has around 22,000 members nationwide. They belong to the Service Employees International Union (SEIU), which has 2 million members.

Whether or not Montefiore will voluntarily recognize the union remains to be seen. In my view, this should have been instantaneous, but what do I know about the daunting risks of standing on principle?

If by equating their personal wants with the medical needs of their patients makes these doctors selfish, then they're models of egotism. And stubborn decency compels and propels their activism.

Montefiore's medical residents' 80-hour workweeks are unsustainable. Their burden is not only barbarically exploitative and impractical, it also unwinds their biological clocks.

It gives their circadian rhythms arrhythmia.

The governing national Accredited Council of Graduate Medical Education authorizes one merciful exception: If doctors put in additional hours beyond the 80 in any given week, they may deduct the excess hours from another week during that same month.

But flesh and blood remembers. Human bodies cannot stretch their "strategic energy reserves" beyond their endurance threshold. They cannot, while "burning the candle from both ends,” borrow energy on loan and pay it off on an installment plan.

Hammering medical residents with punitive schedules, stretching them thin with prohibitive caseloads, and exhausting them physically and mentally to the point of near-collapse, makes providing optimum care not only elusive, but impossible.

It's not the doctors' fault. They cling to the Hippocratic Oath as their lifeline. But when contrasting Management's sworn devotion to patient care with their policies that fly in the face of achieving it, it seems they've taken a Hypocritic Vow.

If you're a nine-ringer amputee, you still have enough digits remaining on one hand to count how many hospitals in the Bronx have non-unionized medical residents. Except for Montefiore, all other residency programs in the borough are already unionized.

According to The Chief, medical residents' hourly pay hovers around minimum wage, and they don't get childcare stipends, exam reimbursements or various other benefits. They don't get paid for "overtime.” That concept of labor is alien to Montefiore. They are "nonprofit" and evidently expect their medical residents to be also.

If they don't voluntarily embrace the Committee of Interns and Residents, SEIU, Montefiore's credos will prove to be more missive than mission. A template production of a busy public-relations office.

The union is essential. It will direct, balance and apply Tender Loving Care and Tough Love whenever, wherever and to whomever needed. It will attend to a broad scope of oversight, such as ensuring sufficient available supplies of protective equipment. According to the Bronx Times, there have been six data breaches in the last two years as well as documented and verified health and safety violations.

Freshly minted doctors are typically mired in frightful debt. One of them, quoted in the Daily News, owes over $300,000. Her salary is $60,000, and she must depend on free meals at her hospital. But when it comes to their financial pictures, doctors don't get much sympathy from the general public, whose prospects are far less rosy in the longer term.

The 7,000 medical residents who belong to the CIR have been unifying since the pandemic began, but only started their formal campaign around a year ago. They are a force to be reckoned with. But will Montefiore's reckoning be fitting and fair?

While hedging my bets, I'm cautiously optimistic. Hopefully, hospital management won't be hard-nosed obstructionists. If they don't resist unionization of its medical residents and others, it will go a long way to not only serving the union constituents, but saving the Bronx itself.

The key to a system of supreme quality health care is universal accessibility. Supremacy cannot be doled out unevenly. Morbidity and mortality statistics bear out that the Bronx is in the worst shape among all New York State's counties. The preponderance of Montefiore's patients are poor, old or both. They too are entitled to a piece of the pie of supreme care.

Even nonprofit medical facilities may be slavishly prone to a corporate worldview, especially when it's driven by what they perceive as economic necessity.

Medical centers must be savvy political institutions that ingeniously cultivate their connections. Reportedly, some management in this industry may be greedy and disreputable. Some may be skimmers or scammers. No accusation against Montefiore is implied.

The CIR/SEIU union for medical residents will improve patient care and the  doctors' morale and idealism.

I overheard a doctor at a party recently. He boasted about having abandoned his private practice to pimp his credentials for an insurance company who hired him to make final decisions on the appeals of desperately ill policyholders whose prior appeals to have treatments covered had been denied. With swashbuckling aplomb he explained that the higher his rate of rejection claims, the more money is saved his company and the more robust his bonus.

As we caution children to be wary of strangers and the lures of traffickers, must we now admonish our new doctors not to be recruited into corporatism as its enticements are dangled in front of their eyes like hypnotists' lockets?

Management must come to terms with its medical residents and the union they want. They have no choice, if they are to do no harm.