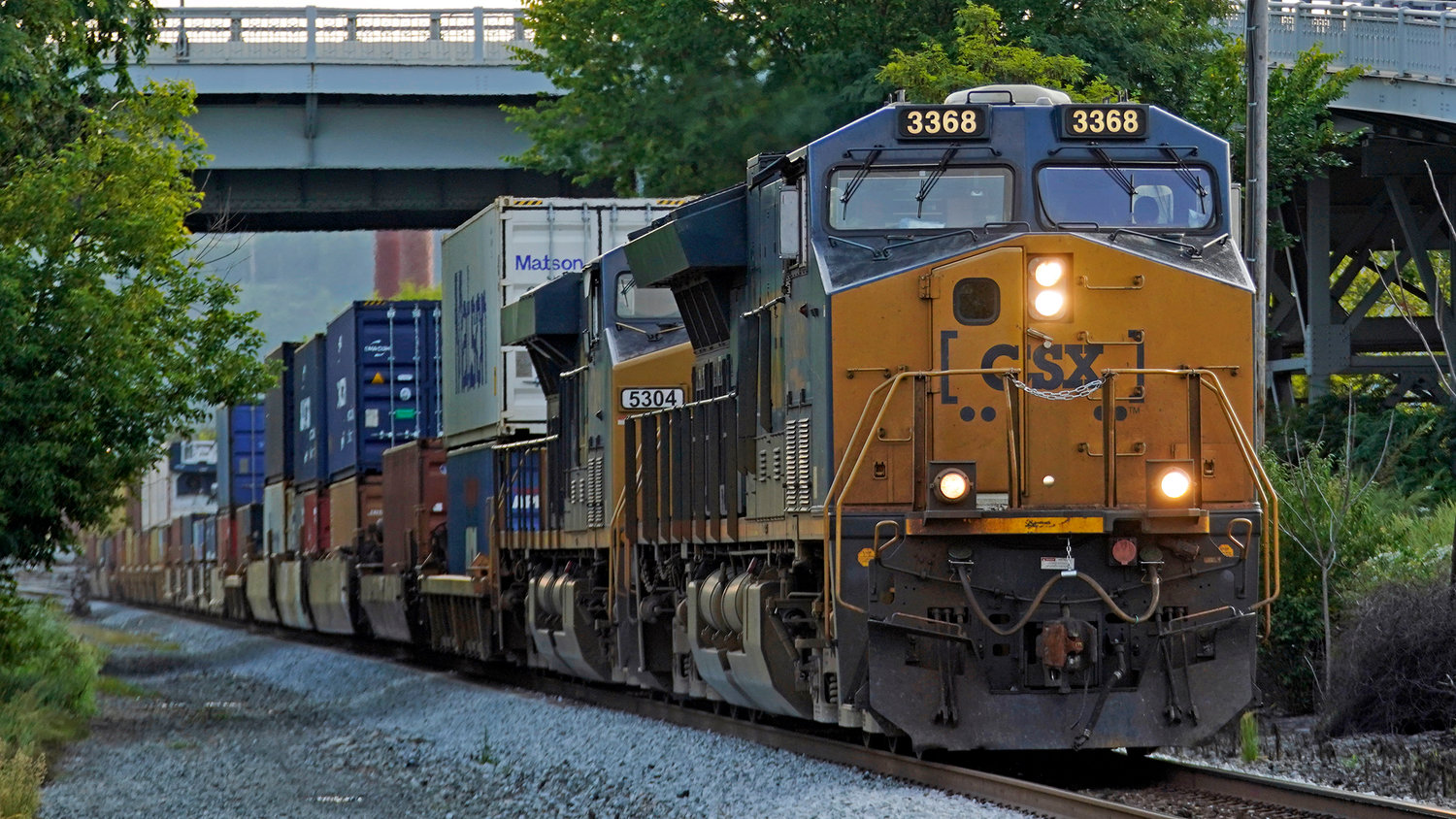 Unionists should be jubilant and benignly envious when their brothers and sisters achieve collective bargaining victories. Even when we're not covered by a labor contract, we're affected by it, sooner or later, in one form or another. "A rising tide lifts all boats.” But let's not forget that management owns the sea.

The recent proposed railroad workers settlement, still not a reality until and unless it's ratified, sounds like a dream deal, but dreams resist the big picture, and the discovery can be untimely.

Even a contract that is as good as it gets can never be generous, because that word implies charity. Every honest worker is underpaid compared with the grubby windfall of management.

Unions should seize every bit of leverage, even if they get accused of extortion. Unions don't blackmail; they're the ones whose sustenance is held ransom.

Justice is inherently militant. Justice that doesn't play hardball is a double-agent. An imposter.

Wall Street traders don't thrash themselves in self-mortification when they get their handouts. Even for a mediocre performance, those typically exceed tenfold the annual compensation package of a blue-collar proletarian. Some make twice as much money in a single day as most Americans do in an entire year.

The tentative railroad workers agreement, won by 12 unions, includes 24-percent pay increases, much of it retroactive to 2020, plus immediate payments of around $11,000. It covers locomotive engineers, signalmen, sheet-metal workers and other transportation and railway employees. Premiums for employee health insurance will be capped at 15 percent of the cost of the plan.

A strike would have cost billions every day, jacked up prices for every imaginable commodity, and undermined an already wobbly economy. A little tough love at the bargaining table obviated that.

We should be proud of the workers. If they vote the contract down, we should still be proud of them. History is replete with examples of how sticking out a bloody battle ultimately advances the common good.

How they vote will be for their own sake and therefore for ours as well, even if we're inconvenienced in the short term. It would be painful for us all, had there been a strike, but the strike would test our faith in the dignity and goals of unionism, much as the sacrifices of war may strengthen patriotism.

Hopefully it won't come to that. Certainly we should be relieved that the supply chain situation probably won't be aggravated by a stoppage, and panic-buying won't empty the already half-naked shelves. More than 7,000 trains won't come to a screeching halt. (Note: Trains in Japan and Europe don't screech.) And 40 percent of our long-distance trade won't be immobilized.

The White House, anticipating the midterm elections and wanting, not disingenuously, to remind voters of its pro-labor philosophy, was relieved by the auspicious timing and specifics. Although Biden administration officials were involved for months, negotiations had been stalled over the issue of unpaid sick time, according to CNBC.

The unions were commended for their  "good-faith" and for securing better working conditions and "peace of mind around their health care.” Dollars are always more welcome and useful than pats on the head.

In calling the proposed agreement "a big win for America,” Biden connected the destinies and interests of unions and the nation itself. They not only overlap, they are inseparable. Their fortunes are not two antagonistic camps.

That simple quotation makes that vital point. If we could refresh that awareness amongst the general population, we could make some headway against the pervasive national malaise.

But let's not take the workers' ratification for granted, even though it looks promising. NPR reports that last fall, around 10,000 UAW workers rejected a 20-percent offer and went on strike. Divinity works in mysterious ways. So can unions' membership.

If the members vote up the proposed new contract, the average railroad worker's pay will be $100,000. But there can be devils as well as angels in the details and sometimes they don't tango.

Workers have historically been forced into carrying the cross or throwing down the gauntlet. Management, both in private industry and government sectors, will usually not concede the simplest, most transparent and elementary fairness.

In the case of the railroad workers, one of the main obstacles was the "points-based attendance policies that penalize workers, up to termination, for going to routine doctor's visits or attending family emergencies. Conductors and engineers said they do not receive a single sick day, paid or unpaid,” according to The Washington Post.

The National Carriers' Conference Committee, the collective bargaining agent of the nation's freight railroads, denies that. There is no cloth so whole that would allow such an allegation to have been made up of it.

Give management an inch and they'll take a continent. They go into anaphylactic shock at the thought of a worker-centric contract. They spew the standard drivel about austerity and fiscal responsibility. That's why the unions had to pull teeth to get a single day off for their members. And that's an example of what commentator Ben Shapiro means when he accused the unions of having Biden "over a barrel" and "holding up the Democrats at gunpoint.”

The Guardian notes that "cost-cutting has contributed to big windfalls at BNSF and Union Pacific, the two largest railroad corporations in North America, which reported record profits in 2021. BNSF is owned by billionaire Warren Buffet's Berkshire Hathaway conglomerate. U.S. railroads have paid out $196 billion in stock buyouts and dividends to shareholders since 2010.”

It sounds like these negotiations were fairly civil, and that Labor Secretary Marty Walsh, the National Mediation Board, Agriculture Secretary Tom Vilsack and Transportation Secretary Pete Buttigieg were impartial as suited their political skins.

But nothing was conceded to these workers without a struggle. Not even the preservation of two-person, rather than solo crews, which would have put peril ahead of safety.

The unions played hardball with finesse and tenacity. Their immediate 14.1 percent wage boost was overdue and richly deserved.

These workers have been on the job without a break since the start of the Covid pandemic in 2020. Many were conscripted into duty, because the railroads were operating on a wartime footing with severe manpower shortages. According to the Bureau of Labor Statistics, there are presently only around 150,000 railway workers. There were 600,000 in 1970.

Conventional wisdom holds that there is a natural ceiling, based on fair-market for value of services, on what unions can demand and anything beyond that is presumptuous and "pushes the envelope" into the wood-chipper of credibility.

That ceiling should be lifted from bungalow to cathedral height.

Limits on demands for better pay have been accepted as realistic, even though t all such constraints are artificial and arbitrary. Consider the Major League Baseball Players Association, whose members now receive a base pay of $700,000. Prior to unionization, in 1967, their starting salary was $19,000. One former Mets player sought off-season work as a gravedigger to make ends meet.

Like the network of our bodies' veins and arteries, our railroad system runs through the anatomy of our nation and connects us. A fitting metaphor for the new labor movement.