For Former Student, Advocating For 9/11 Survivors Remains a Mission 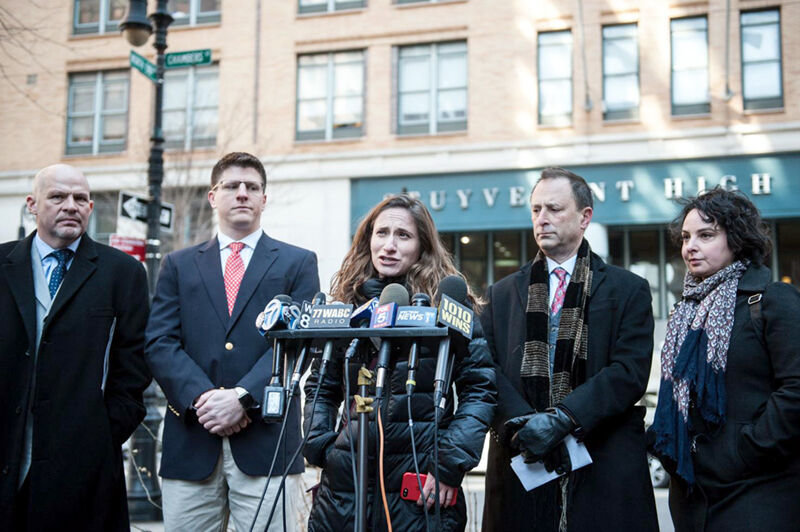 A CLASS OF THEIR OWN: Lila Nordstrom, who was a senior at Stuyvesant High School on Chambers St. on 9/11, has seen many of her former classmates get sick with 9/11-related health conditions. She has spent 15 years encouraging civilians, including 19,000 students, who returned to lower Manhattan to see if they are eligible for services such as free health care.

Fighting to raise awareness of the health effects 9/11 had on survivors who worked and went to school near Ground Zero has become a labor of love for Lila Nordstrom.

When the World Trade Center collapsed, she was a 17-year-old student at Stuyvesant High School, located blocks  from Ground Zero.

Then-Mayor Giuliani ordered about 19,000 students who attended schools within the area to return to their classrooms a month later.

Despite being told that the air was safe, “People started getting sick right away,” Ms. Nordstrom recalled. “You couldn’t get in to see the school nurse because there’d be a line of 80 people.”

Her classmates often suffered from chronic coughs and nosebleeds. But “people were so eager to dive back into normal that they didn’t have room in their minds to admit we weren’t going to return to normal,” she said.

There was “so much pressure” on those who returned to Lower Manhattan “to act normal because of what that symbolized,” she believed.

Ms. Nordstrom, who was already asthmatic before 9/11, also noticed that her condition got worse after the attacks.

When she saw news reports in 2006 that first-responders were getting sick with cancers and other serious illnesses that were related to 9/11, she decided to found StuyHealth. The program connects young people with 9/11-related health conditions to resources including the World Trade Center Health Program, which provides free health care.

Her advocacy has focused on bringing attention to the survivor population. Many people mistakenly believed that resources for those with 9/11-related illnesses were only available to first responders.

That perception has persisted, especially outside of New York, noted Ms. Nordstrom, who currently lives in Southern California.

“I’m aware of how big the information gap is,” she said.

One of the biggest steps needed to take advantage of these programs, “is to admit you are a survivor of 9/11,” she added. “It’s a self-fulfilling prophecy—you’ll never know how sick your community is if no one comes forward and says they’re sick.”

The low rate of participation among civilians was one reason why disparities existed in coverage for certain conditions. Because the first-responders who represent the majority of those enrolled in the World Trade Center Health Program are overwhelmingly male, some conditions that affect women, such as uterine and endometrial cancer, are not considered 9/11-related.

Currently, 29,579 survivors are in the program, and 47 percent are women. By contrast, 87 percent of the 77,837 first responders enrolled were men.

“Women and young people are less likely to qualify to get monitoring and that inequality reproduces itself,” she said.

In 2018, she partnered with the United Federation of Teachers to locate former students and educators to let them know they may be eligible for free health care and compensation through the 9/11 Victim Compensation Fund. In 2019, the city Department of Education sent letters to 19,000 students who attended schools south of Houston St. informing them about the potential health risks they faced.

Last month, Ms. Nordstrom’s book “Some Kids Left Behind: A Survivor's Fight for Health Care in the Wake of 9/11” was released. In it she explores how tragedies, from 9/11 to mass shootings to the coronavirus pandemic, have repeatedly displayed the weaknesses of current health-care structures.

“There are disasters everywhere, and the survivors of these disasters don’t deserve to spend 20 years advocating for themselves,” she said.