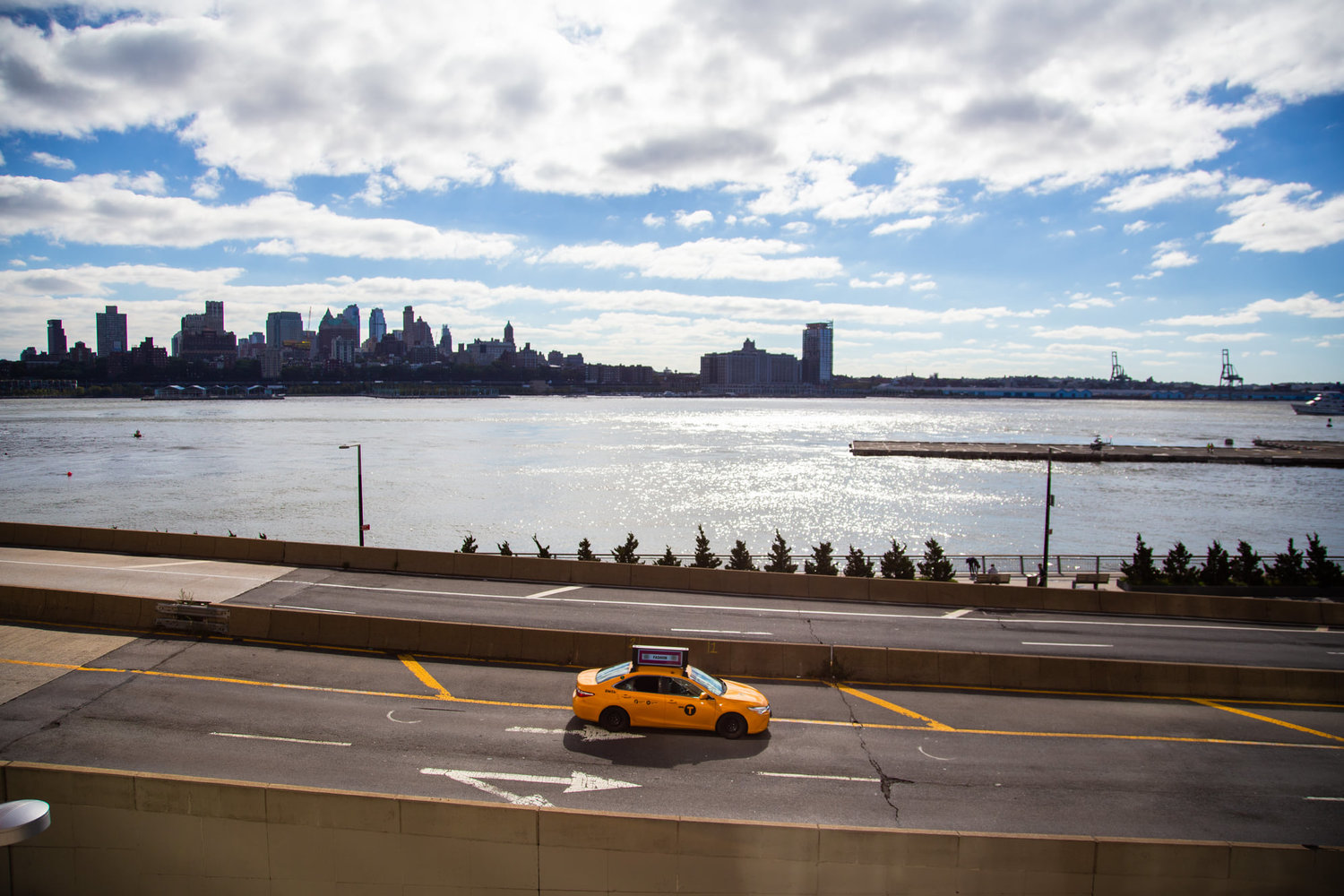 That's how Bhairavi Desai, the executive director of the New York Taxi Workers Alliance, which represents yellow cab, livery, green car, black car and app-dispatched drivers, described the recent debt relief agreement for city cab-owner drivers who for years were being crushed by loan repayment obligations for their medallions, resulting from a bizarre, precipitous, rapid, catastrophic and at least inadvertently engineered plunge in their value.

Almost overnight the medallions had lost 80 percent of their 2014 value, due in part to competition from Uber and Lyft and others companies with whom rivalry became more cutthroat and the playing field uneven, as they were unregulated and technically a car service, not a taxi.

An average of over a half-million dollars was owed by around 3,000 drivers.

Within a short space of time, when there was no hope on the horizon and their families faced foreclosure and indigence, nine of them killed themselves.

It was completely avoidable, and everlasting shame shall always hover over the people who had the opportunity to envisage and forestall the disaster.

This haunting awareness mars celebration of the settlement, yet doesn't compromise the jubilation.

The survivors have been spared further economic terror by the city's new $200,000 debt cap, its use of grants for the $30,000 down-payments and available guarantees against defaults. Regrettably, the 5 percent interest rate from nine months ago has now risen to 7.3 percent. Still, the proverbial glass is better than half-full, and the drivers are used to it being shattered altogether.

Mayor Eric Adams estimates that many drivers will benefit to the tune of tens of thousands of dollars. Andrew Milgram, the chief investment officer at Marblegate Asset Management, urges drivers to jump on board the Medallion Relief Program as soon as it kicks in on Sept. 19.

This was a humanitarian deal for which Adams, the NYTWA, and even Marblegate, the lender, should be praised.

The union credits U.S. Senate Majority Leader Chuck Schumer, city and state elected officials, and the entire New York City congressional delegation for their tangible and unwavering support during the ordeal of their members' tribulations and precarious sustenance.

The rescue was long overdue. It was nearer child's play than rocket science. It was necessitated not by gambling or reckless investments by the victims, but rather to a combination of human and systemic culprits. These drivers, mostly idealistic South Asian and African migrants took the practical path to the "American dream" but were snared and duped.

Most New Yorkers appreciate them, but they are also targeted for some ugly derision from culture bigots. They also have the most dangerous job in the city, along with construction workers. Robbery and murder are occupational hazards.

Many of these migrant cabbies hold prestigious academic credentials overseas that are not recognized here, even though they are legitimate and up-to-standard. Because their original nations may have an evaluation system that follows the European, rather than the American credit system, their transcripts may not reflect their earned qualifications and so they get shut out over here.

There's dignity in all labor, but as conventionally reckoned, these cabbies are under-employed.  And they did not shed their pride when they were forced into sleeping in their cars when their homes were seized.

According to NYC Yellow Cab Taxi, an unaffiliated blog, the yellow cab industry also suffered from the predatory, late "swashbuckling Taxi King" Gene Freidman. He once owned 250 taxi medallions, each one worth $1.3 million. His assets also included multiple villas on the French Riviera, a huge tract in the Hamptons, an opulent Manhattan townhouse and a Ferrari car priced at around 10 times the annual income of the average working American.

This tycoon may not have appreciated what he had. It sounds like his possessions possessed him, not the other way around. He was accused of clinging to the 50-cent taxi ride surcharges, rather than turning them in.

He was allegedly a Svengali of schemes who did much to catapult the taxi industry into chaos.

He reportedly broke an agreement with the state attorney general's office and was also convicted of tax fraud. He admitted to jacking up medallion prices. His mischief, however, did not land him in prison, as he cooperated with federal authorities. Instead, he enjoyed an uninterrupted view of the city from his digs in Trump Tower until crossing the threshold into Satan's dominion.

He must have known the address.

"I'm trying to be remorseful. ...I'm humbled by what has happened,”  he said in a flight of possibly feigned sincerity.

"Trying"? Either he was or wasn't. It sounds like his stab at contrition fizzled. And he laments what happened to him? He makes it sound like he was on the receiving end of bad luck, rather than ill-fortune's merchant.

Freidman died at 50 last year. He expired well-heeled, never relegated to sleeping in a cardboard box outside the Midtown Tunnel. Despite having donated handsomely and successfully to former Mayor Bill de Blasio, he learned first-hand the thrill of the quid pro quo, but unlike Freidman, the drivers didn't get what they paid for. Only a tutorial in the impotence of buyers remorse.

When 94 of the 96 months of his tenure were over, the former mayor and rookie college professor conceded to the pleas of the NYTWA while making it sound like his heart was in the right place all along.

Freidman's talents were tragically misdirected and destructive to others and himself. It's a sordid and poignant story. Like the taxi drivers, he was himself a migrant, a refugee. He knew better. It was a tragedy of Shakespearean proportions. Yet if we have sympathy for even a repentant devil, we risk being haunted by his victims.

Although credibly sourced, these details above have not been personally vetted by me. Other big-fry screwups of the Medallion Sage were triple-termed mayor Michael Bloomberg and hedge-fund bankers.

The New York Taxi Workers Alliance are freedom fighters. Cup your ear to hear them singing the old labor song's refrain "We're gonna roll all over them.”

Taxi drivers capture the urban soul, are inseparable from NYC folklore and are among the colorful characters in cinema and television. Larry David, Robert De Niro, Danny Glover, composer Philip Glass and playwright David Mamet savored their cabbie days. So did a NYC-based editor par excellence.

Cabbies are oracles, raconteurs and hearers of confessions. They're exotic and "down home.”  They are a special genre of city dweller. They are conversant with the spirit of the streets.

But this is not a rhapsody on the glory of toughing out potholes. Neither is this commentary a eulogy, for a defunct industry, thanks to the NYTWA.

Tourists take selfies of themselves behind the intimate bits of the bull on Lower Broadway. Then they see the little statue of the feisty girl with her hands on her hips looking up at the Stock Exchange Building, ready to take on the world.

How about a shrine to the nine martyred taxi-drivers?