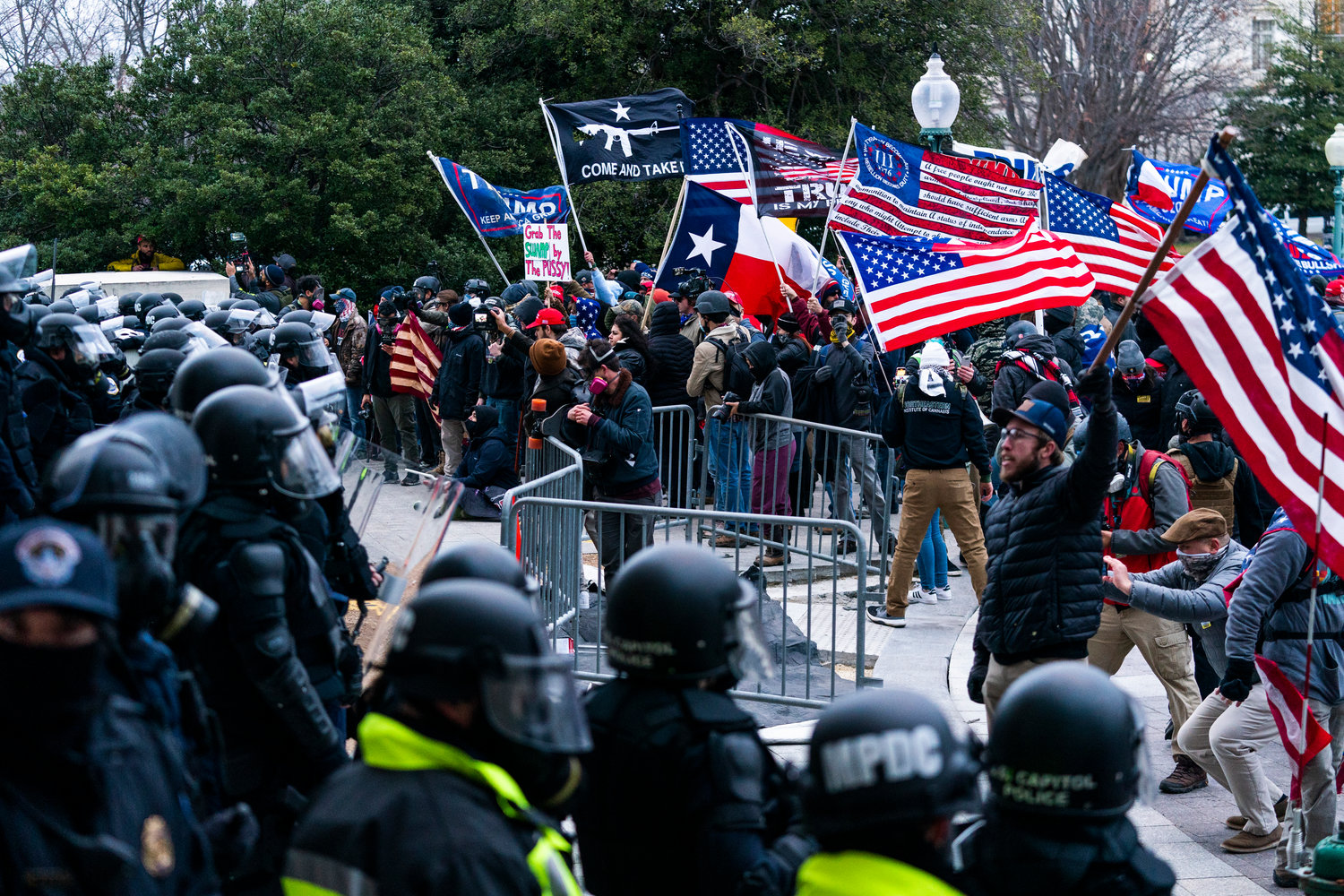 The January 6th House Committee investigations this summer have delivered compelling evidence of an attempted coup by then-President Donald Trump. These revelations add the U.S. to the list of failed “democracies.” For his alleged crimes, Trump should be perp walked in belly chains. Because it’s unlikely he will be, our system of government is in deep trouble.

The committee has a mountain of evidence of Trump’s three-part strategy to keep himself in power for life. He tried to use the attorney general to declare the election stolen and have both the Departments of Defense and Homeland Security stop the count and seize ballot boxes.

When that too failed, he attempted to have states he lost, such as Arizona, send fake electors to vote in the electoral college for him.

When that also failed, he called his far-right ground troops to Washington where he directed them, many of whom the Secret Service found to be armed, to attack the capital and stop the final certification of the Electoral College vote for Biden. There also appears to be evidence of his inner circle coordinating the attack with leaders of two of these groups, members of which have now been indicted for seditious conspiracy.

Each one of these plots are violations of various federal laws. What they add up to is what we call “sedition,” which has long been used against labor organizers, dissidents, armed groups, communists and anarchists.

This time, however, it was a sitting president who conspired with his inside circle and outside armed fascist groups to seize control of the government by deadly armed force.

Any one of these plots should mean that charges are brought by the Attorney General Merrick Garland that result in his arrest and criminal trial. As far as we know, this is not connected to the dramatic FBI seizure of 15 boxes of highly classified documents the former president took because he believed government records belong to him. This too is a violation of at least three and as many as five other federal laws, including the 1917 Espionage Act.

We shouldn’t count on the rules of the system holding Trump, his inner circle and about a dozen sitting Republicans in Congress who supported his coup attempt criminally accountable.

If this was done by a Democrat, the plotters would already be joining their conspirators by being charged with sedition and other federal crimes. But with the Democrats in charge, this process is being slow-rolled by the long series of committee hearings. So far, we have only one vague assurance from Garland that those responsible will be held accountable.

Alexander Hamilton was not indicted for his involvement in the 1783 Newburgh New York Army officers plot, to which he confessed involvement to General George Washington. Hamilton later served in his administration, ended up on the $10 bill, and is now the subject of a smash hit Broadway musical.

Although Vice President Aaron Burr, who killed Hamilton in a duel years later for unrelated reasons, was prosecuted for treason and acquitted, few elites have followed.

The leaders of the seditious Confederacy escaped prison and were banned for only a few years until they took loyalty oaths. They returned to power in their states and, as we well know, proceeded to impose Jim Crow apartheid enforced by prison slave labor allowed under the 13th Amendment.

Presidents from James Polk to William McKinley to Lyndon B. Johnson to George Bush who dragged us into war based on outright lies never were charged or served a day in prison. Nixon was even later preemptively pardoned before charges were even filed.

Failing to hold Trump and his allies accountable will be yet one more nail in the U.S. system of representative democracy. It will likely result in yet another coup attempt until what remains of our system is swept away.

We are living Sinclair Lewis’s novel “Can't Happen Here” about corporate fascism arriving in America. If that comes to pass, the lives of the working class will become even worse as unions, strikes and other forms of collective action are banned and violently suppressed.

We cannot lay the blame all at the feet of Trump. From the very start of his first term, President George Washington was already rapidly expanding the power of the presidency. The Framers designed the presidency with few powers but also no powers explicitly prohibited to it. Washington and his inner circle took immediate advantage of this to build up the military to quash slave rebellions, suppress subsistence farmers’ rebellions, and carry out genocidal counter-insurgency attacks on organized native peoples, stealing their lands to allow the country and slavery to expand westward.

Trump is only the logical extension of the unlimited powers of the presidency. For 235 years presidents have started wars abroad, used the military to break strikes, assassinated American citizens they call terrorists, imprisoned entire ethnic and racial groups, rounded up and deported immigrants, spent money they were never appropriated, threatened nuclear annihilation, censored the media, prosecuted journalists, revoked habeas corpus, and refused to follow the law. These are just a few examples on a long list of unchecked presidential power.

These powers have been wielded by a consensus of both major parties. We learned that the Framers installed the system of checks and balances to prevent the rise of a dictator or king. In practice, however, those checks have functioned, almost without exception, as minority checks of the propertied elites on the economic majority to protect property by preventing the democratization of the economy.

Trump is not an aberration but the product of a Constitution designed by the Framers to concentrate power into the hands of a single person while checking the power of the majority.

Trump is only the latest in the long line of presidents who embraced and expanded those powers to build their own personal power and rule this country at will.

Our constitutional system, which empowers rule by the few propertied elite, now seems incapable of preventing our further descent into an authoritarian system of the rule by one.

Since the rules of the system cannot be counted to save the system, it’s up to us to organize a powerful workers movement to defend the working class.

Robert Ovetz is the author of the forthcoming book “We the Elite: How the U.S. Serves the Few.” Contact him with feedback and ideas for columns at rfovetz@riseup.net