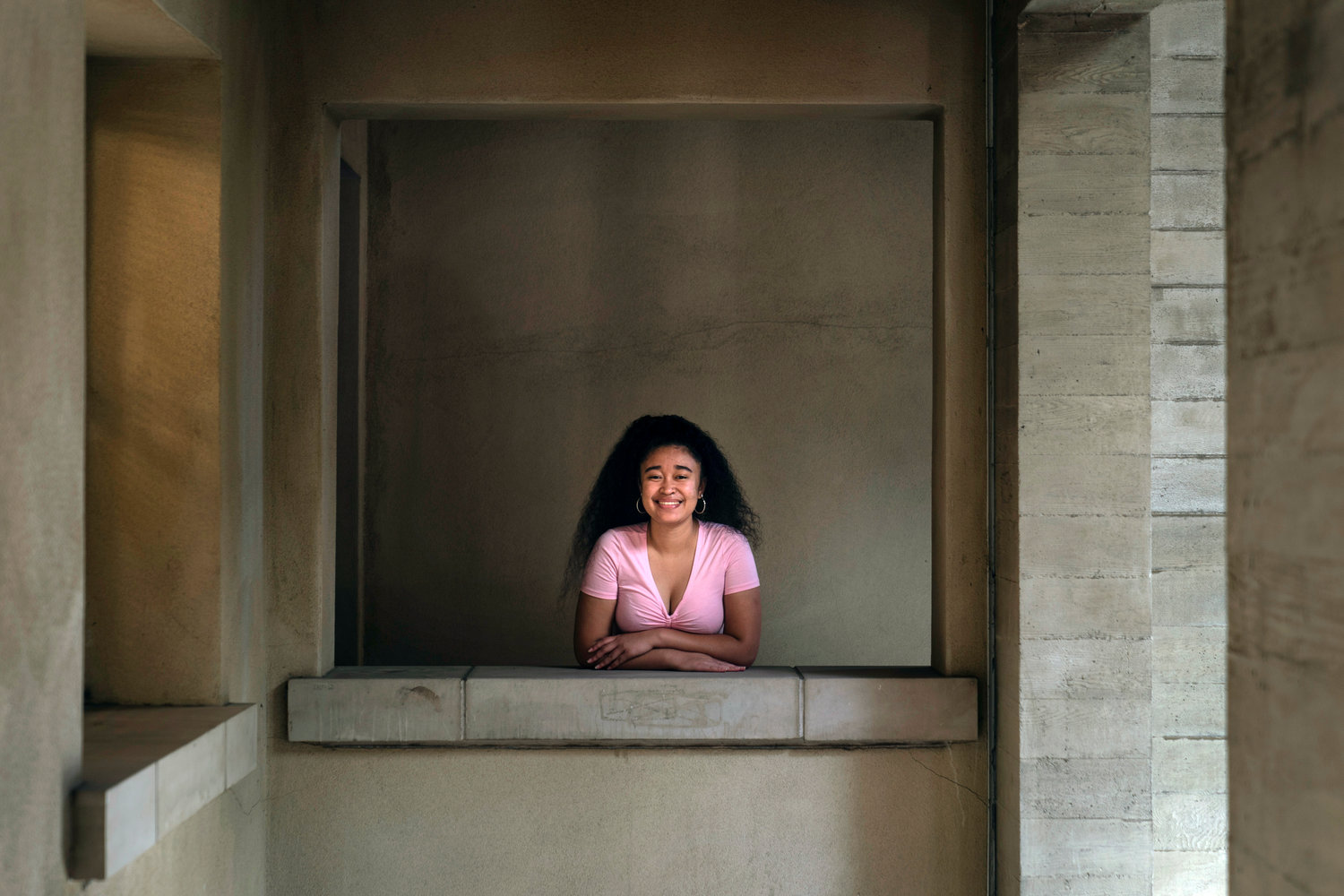 Marina Aina, a 21-year-old student majoring in American Studies at Pomona College, poses for photos on the school's campus in Claremont, Calif., Sept. 22. Aina was used to getting paid for her internships and could not see taking an unpaid opportunity over a summer job.
Jae C. Hong/AP Photo
Posted Tuesday, October 4, 2022 1:29 pm
BY NAOMI HARRIS and JOCELYN GECKER

The value of an internship is unmistakable. It teaches marketable skills, it builds professional networks, and it helps students test-drive careers.

But the benefits are not available to all: Close to half of all internships are unpaid, putting them out of reach for students who need wages to keep up with their bills, even if the work has nothing to do with their intended careers.

Unpaid internships are facing new scrutiny from colleges, state lawmakers –- and even the White House, which announced its interns this fall will be paid for the first time to help remove " barriers to equal opportunity " for low-income students.

And students are leading the effort -– saying they can't afford to meet internship requirements, and shouldn't be expected to work unpaid to make it in a given field.

To support herself, she worked 12 hours a week at a paid job at an elementary school office. That was on top of the 16 hours a week she spent at her internship, all while trying to keep up with her studies.

"It was pretty hard, especially on those days when I felt really drained and stressed out," Brambila said.

The people who can take unpaid internships have financial safety nets, and that means they tend to benefit students who are wealthier and white, perpetuating wealth gaps. Three out of four unpaid interns in 2020-21 were white, according to a study by the National Association of Colleges and Employers.

"Let's just face it, it's very difficult to take an unpaid internship, unpaid work experience, when you're from a lower-income background. That's why we're pushing for more paid internships, less reliance on unpaid internships, and in the hopes that it helps diversify the workforce and these industries," said Joshua Kahn, associate director of research and public policy at NACE.

Unpaid internships can be found across industries. More than two-thirds of internships in state governments and at nonprofit organizations were unpaid, according to the 2021 study by NACE. At universities, professional programs in fields like social work, teaching, and journalism are among those that commonly require field work that is often unpaid.

"We really don't believe students can learn how to work with people, unless they have some practice working with people," said Darla Spence Coffey, president and CEO of the Council on Social Work Education, the accrediting body for social work programs.

The council calls for undergraduates to spend 400 hours on internships, and 900 hours for master's students. The goal, Coffey said, is for students to "learn how to toggle back and forth between what the theory says and how to apply it."

But many of the underfunded nonprofits and clinics where students work cannot afford to pay them. "Students would love for the accrediting body to say you must pay your students, but that is something we just can't do," Coffey said.

A legislative measure under consideration in California includes a $5 million fund for stipends to help 650 low-income students and recent college graduates take unpaid work in the state Legislature and other state departments.

At Pomona College in California, students can apply for stipends for internships that offer little or no pay to help them explore possible careers.

Marina Aina, a Pomona student majoring in American Studies, has had paid internships in politics and leadership development in the past. Last summer, she was able to intern with a nonprofit organization that works with Tongan Americans -– an opportunity she saw as a chance to help give back to people like her.

Without the stipend, she could not see herself taking an unpaid opportunity over a summer job.

"If I felt that it wasn't compensated then I wouldn't go for it because I wouldn't have the funds to cover it," said Aina, 21. "I wouldn't want to ask my parents, who are helping me pay for college, to pay for something I'm doing over the summer."

The internships also gave her insight into a potential career.

"It was nice to see a grassroots organization predominantly run by a woman that is serving the community and they're successful," Aina says. "I personally wanted to see what that looks like because I could see myself in it."

A rail strike looms and impact on economy could be broad

Many vets are landing jobs, but the transition can be tough