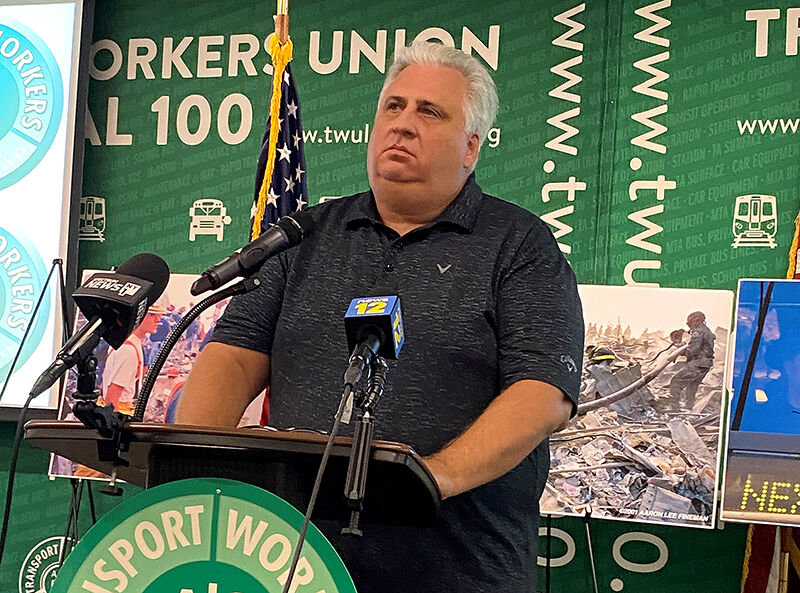 FENDED OFF THE CHALLENGE: Transport Workers Union Local 100 President Tony Utano was accused by opponent Paulie Navarro of not taking an aggressive-enough position when the Metropolitan Transportation Authority prohibited employees from wearing masks in the early days of the pandemic, but he convinced enough members he was serving their needs to get nearly 60 percent of the vote and a new three-year term.

While the spirited contest was reflected in a closer outcome than the previous contest in which Mr. Utano got 3,262 more votes than his two opponents combined, there was little difference in member participation: just over 30 percent of the union's roughly 38,000 members returned mail ballot—with just 236 more doing so than in 2018.

Progressive Change candidates did, however, pick up several seats on the local's executive board, and the Rapid Transit Operations vice president contest was won by the slate's Canella Gomez.

Mr. Utano said in a statement thanked the membership, saying, "We all kept the faith throughout the pandemic, and together battled to keep our workplaces safe and to move the union forward on all fronts."

He continued, "We secured billions in Federal aid for the MTA which will guarantee our jobs, our benefits and the sanctity of our collective bargaining agreements for the foreseeable future. Better days are coming, and I am thrilled to be able to continue as President of this great organization, TWU."

No Challenges to Results

Unlike in 2018, when one losing slate challenged the results but got a new vote for just one lesser position, the defeated candidates' one lament was the lack of participation, which they claimed could be remedied by using online voting.

"I'm extremely proud of the effort my team and I put forward,'' Mr. Navarro said in a text.

"We congratulate those who won and those who put in the effort to spread our optimistic vision for a better future," said Joe Campbell, the losing slate's candidate for Recording Secretary.

Mr. Patafio barely prevailed, however, getting 903 votes to challenger Robert Martinez's 875. He declined to comment on the closeness of the race.

Mr. Martinez said he was heartened that those executive-board candidates from his slate did so well and that he had won the vote of his fellow Brooklyn Bus Operators, but renewed his call for online voting.

Such a shift would require a change in the union's bylaws. Defenders of the current system maintain online voting runs counter to the spirit of existing Federal labor law that requires a secret ballot and a level of transparency so the candidates can observe the opening and counting of the ballots.

One long-time observer of Local 100 internal politics said it was no surprise that Mr. Utano had a tougher race this year in light of the local having lost more than 100 members to the coronavirus from a total Metropolitan Transportation Authority death toll exceeding 170.

A significant portion of the MTA was sidelined by the virus.

Mr. Navarro during the campaign argued that the union should have walked off the job early in the pandemic to protest the MTA's initial prohibition on employees wearing masks on duty.

Mr. Utano countered that doing so would have been irresponsible at a time when the city was at its most vulnerable and the need for mass transit was especially critical.

The union subsequently engaged the NYU School of Global Public Health to conduct a survey of its rank and file, with one in four of those who responded saying they had contracted the virus. That research continues. NYU was just awarded a five-year $4 million grant from the National Institute of Health to study how transit workers can be better protected from exposure to infectious diseases.