Long lines are back at food banks as inflation hits high 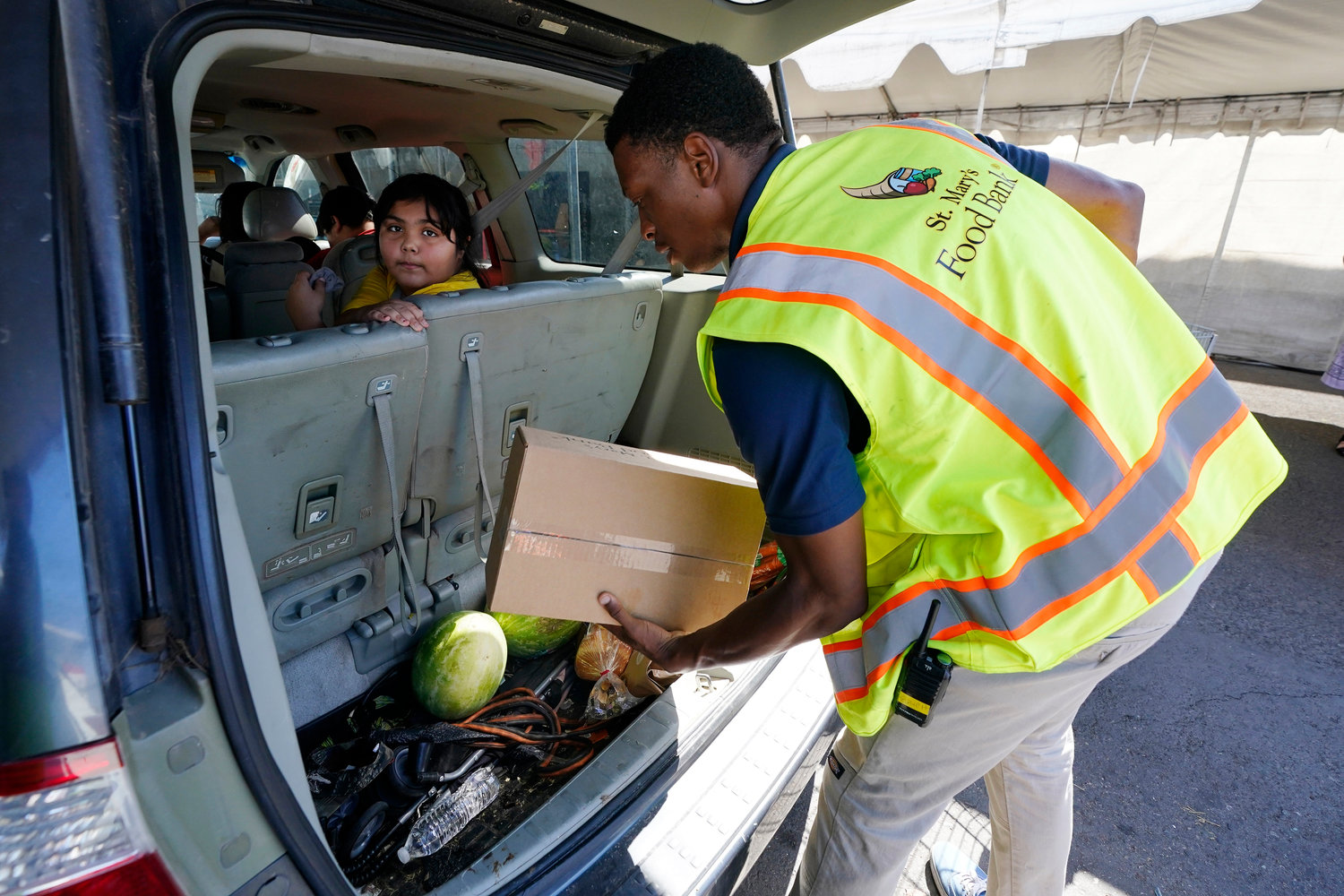 Long lines are back at food banks around the U.S. as working Americans overwhelmed by inflation turn to handouts to help feed their families.

With gas prices soaring along with grocery costs, many people are seeking charitable food for the first time, and more are arriving on foot.

Inflation in the U.S. is at a 40-year high and gas prices have been surging since April 2020, with the average cost nationwide briefly hitting $5 a gallon in June. Rapidly rising rents and an end to federal COVID-19 relief have also taken a financial toll.

The food banks, which had started to see some relief as people returned to work after pandemic shutdowns, are struggling to meet the latest need even as federal programs provide less food to distribute, grocery store donations wane and cash gifts don't go nearly as far.

Tomasina John was among hundreds of families lined up in several lanes of cars that went around the block one recent day outside St. Mary's Food Bank in Phoenix. John said her family had never visited a food bank before because her husband had easily supported her and their four children with his construction work.

"But it's really impossible to get by now without some help," said John, who traveled with a neighbor to share gas costs as they idled under a scorching desert sun. "The prices are way too high."

Jesus Pascual was also in the queue.

"It's a real struggle," said Pascual, a janitor who estimated he spends several hundred dollars a month on groceries for him, his wife and their five children aged 11 to 19.

The same scene is repeated across the nation, where food bank workers predict a rough summer keeping ahead of demand.

"It does not look like it's going to get better overnight," said Katie Fitzgerald, president and chief operating officer for the national food bank network Feeding America. "Demand is really making the supply challenges complex."

Charitable food distribution has remained far above amounts given away before the coronavirus pandemic, even though demand tapered off somewhat late last year.

Feeding America officials say second quarter data won't be ready until August, but they are hearing anecdotally from food banks nationwide that demand is soaring.

At the Houston Food Bank, the largest food bank in the U.S. where food distribution levels earlier in the pandemic briefly peaked at a staggering 1 million pounds a day, an average of 610,000 pounds is now being given out daily.

That's up from about 500,000 pounds a day before the pandemic, said spokeswoman Paula Murphy said.

Murphy said cash donations have not eased, but inflation ensures they don't go as far.

Food bank executives said the sudden surge in demand caught them off guard.

"Last year, we had expected a decrease in demand for 2022 because the economy had been doing so well," said Michael Flood, CEO for the Los Angeles Regional Food Bank. "This issue with inflation came on pretty suddenly."

"A lot of these are people who are working and did OK during the pandemic and maybe even saw their wages go up," said Flood. "But they have also seen food prices go up beyond their budgets."At the Mexican American Opportunity Foundation in Montebello east of Los Angeles, workers say they are seeing many families along with older people like Diane Martinez, who lined up one recent morning on foot.

Some of the hundreds of mostly Spanish-speaking recipients had cars parked nearby. They carried cloth bags, cardboard boxes or shoved pushcarts to pick up their food packages from the distribution site the Los Angeles bank serves.

"The prices of food are so high and they're going up higher every day," said Martinez, who expressed gratitude for the bags of black beans, ground beef and other groceries. "I'm so glad that they're able to help us."

Rejected by courts, retirees take last shot to save pensions

Long lines are back at food banks as inflation hits high