EMS lieutenant is stabbed to death in Queens 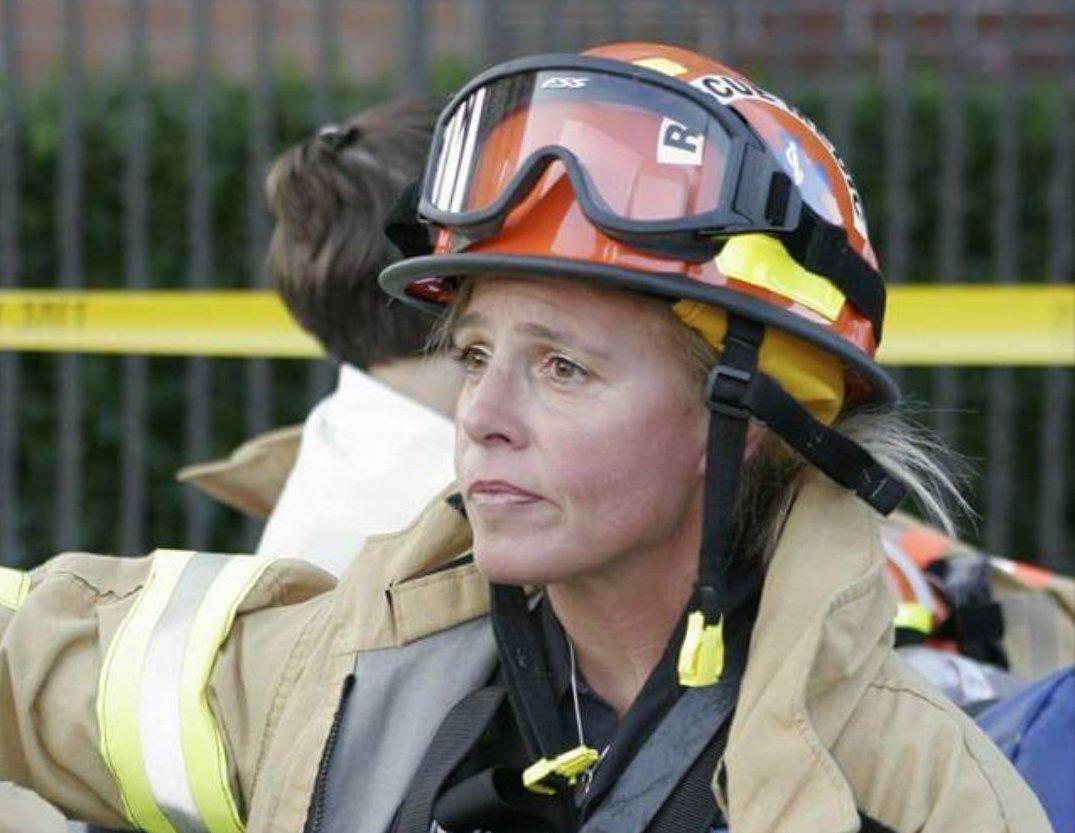 An on-duty FDNY Emergency Medical Service lieutenant was stabbed to death this afternoon about a block and half from her Astoria station house in a vicious, unprovoked attack, officials said.

Lieutenant Alison Russo-Elling, a 24-year FDNY veteran, was in uniform and walking near 20th Avenue and 41st Street about 2:15 to get lunch when a 34-year-old man later identified as a nearby resident stabbed her multiple times, police said. Russo-Elling, 61, who worked out of FDNY EMS Station 49, was taken by ambulance to Mount Sinai Queens Hospital where she succumbed to her injuries.

The attack was witnessed by at least two people, both of whom were said to know the suspected perpetrator, who ran into his 41st Street apartment, very close by, and barricaded himself. Members of the NYPD’s Hostage Negotiation Team and Emergency Service Unit eventually talked him out. He was taken to the 114th Precinct. The NYPD did not immediately identify him or detail any charges against him.

“Members of EMS serve only to help and save other people's lives,” she said during a press briefing at Mount Sinai Queens. “To be attacked and killed in the course of helping others is both heartbreaking and enraging for our department in ways I cannot describe,” Kavanagh said.

Near the conclusion of the briefing, Vincent Variale, the president of Local 3621 of District Council 37, which represents EMS officers, took issue with an earlier characterization of Russo-Elling being on a break when she was attacked and killed.

“She was not on a break. I heard the word 'break' being used. EMS does not get breaks. We are on duty 24/7 out there to help and save the public. So I want to make that clear, because I heard that word used again. We don't get breaks,” Variale said before Mayor Eric Adams, who had opened the briefing, punctuated the union official’s point.

‘She was working for the city’

“If any term was used to give the impression that this hero was in any way taking a break or not taking a break, that is not the reality. As in all of our first responders, they are always on call,” Adams said. “She was on duty, doing her job, saving the people of the city of New York.”

He then recalled working alongside EMS personnel during his NYPD tenure.

“I know what they do every day. Every day, they do their job in a manner in which many of us don't realize how dangerous it is. She was working for this city. She paid the ultimate sacrifice because of that,” the mayor said.

Russo-Elling is the 1,158th FDNY member to die on duty and the third this year. Firefighter Timothy Klein of Ladder 170 was killed April 24 fighting a house fire in Brooklyn’s Canarsie neighborhood and Firefighter Jesse Gerhard of Ladder Company 134 died Feb. 16 of an undetermined medical episode a day after fighting a two-alarm residential fire in Far Rockaway.

Russo-Elling, a Long Island resident, is survived by her daughter and her parents, the FDNY said. She was appointed an EMT in March of 1998. She responded to the Sept. 11 terrorist attacks, working rescue and recovery efforts at the World Trade Center. She was promoted to paramedic in 2002 and to lieutenant in 2016.

She worked at multiple EMS stations, including Station 20 and Station 17, both in the Bronx; Station 16 in Harlem; Station 45 in Queens; out of the Queens Tactical Response Group in Jamaica; and at Station 49's new house, at 19-40 42nd Street, which opened this summer.

“The death of Alison Russo is a tragic reminder of the dangers faced by each and every member of the FDNY and uniformed services,” the presidents of the Firefighters Association and of the Fire Officers Association, Andrew Ansbro and Lt. James McCarthy, said in a statement. “Her senseless killing brings sorrow to every member of the FDNY.  We stand in solidarity with our brothers and sisters in the Department with bowed heads, and we will forever be here to support our FDNY family in this unspeakably difficult time. We extend our deepest sympathies and condolences to Alison’s family, loved ones, and colleagues.”

Russo-Elling’s killing happened the day the man suspected of killing EMT Yadira Arroyo in March 2017 was to appear in court after being found fit for trial earlier this month.

Jose Gonzalez is suspected of running over Arroyo, a 44-year-old mother of five, with her ambulance following an altercation in the Bronx’s Soundview neighborhood. He faces charges of first- and second-degree murder, first-degree manslaughter, vehicular manslaughter and other counts.

This story was corrected to note that Russo-Elling was the third FDNY member to die on duty this year.