They say MTA has dismissed concerns 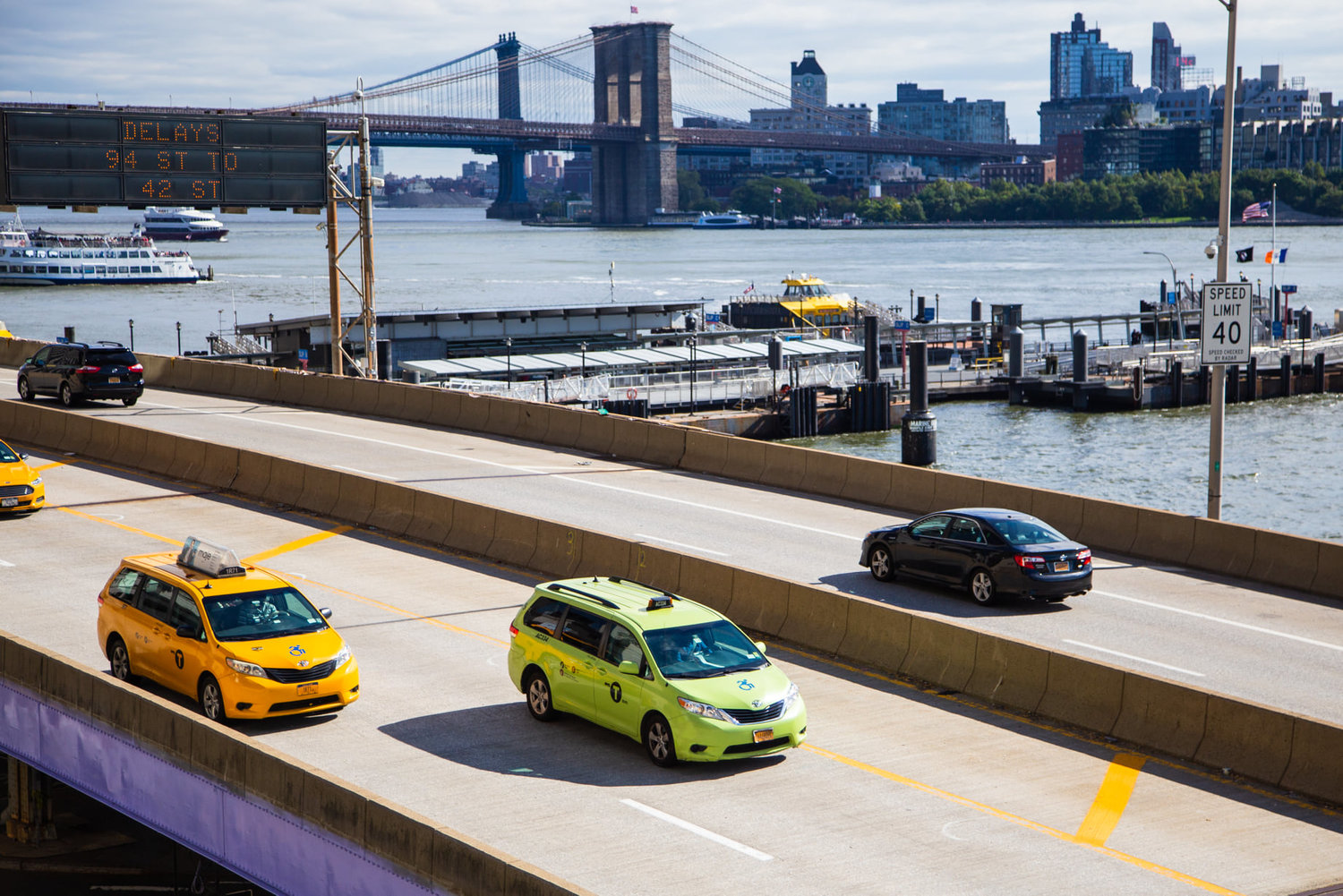 The congestion pricing’s tolling zone would cover Manhattan’s 60th Street and all the roadways south except for FDR Drive, above, as well as the West Side Highway/9A and a few other arteries. But taxi and ride-share drivers nonetheless fear they will be unjustly burdened by tolls that could reach as high as $23.
NYC Taxi & Limousine Commission
Posted Wednesday, September 28, 2022 1:05 pm
BY ARIEL PACHECO

Taxi and rideshare drivers, sometimes bitter competitors for passengers since the latter arrived en masse on the city’s avenues a decade or so ago, find themselves on the same side fighting against the MTA’s impending implementation of congestion pricing in Manhattan.

The tolling zone, the first such pricing program in the country, would cover Manhattan’s 60th Street and all the roadways south except for FDR Drive, the West Side Highway/9A, the Battery Park Underpass, and any roadway portions of the Hugh L. Carey Tunnel connecting to West Street.

The toll could reach as high as $23, with collections expected to provide about $1 billion annually, helping the MTA recoup some of the revenue lost during the pandemic.

The hope is that the tolls will get people to use public transportation, reduce the amount of traffic congestion and improve the city’s air quality.

But for those who ferry the city’s residents and workers around town, the cost could prove onerous. And many are saying the agency is indifferent to their grievances.

Edison Morcelo, 33, drives for Uber and is fearful of what congestion pricing could mean for him and his industry.

“It's going to be a domino effect and affect everybody,” said Morcelo, a member of Justice for App Workers, which represents rideshare drivers and delivery workers. “We’re not being heard and the MTA doesn’t care about us.”

Carlos Piñiero, 41, a cab driver for more than a decade, shares the same concerns.

“It’s already hard for us, you know? This is just going to make it harder for us and we don’t need that right now,” said Piñiero. “They should be trying to make things easier for us.”

Taxi and rideshare drivers have held rallies outside of the MTA’s headquarters.

Bhairavi Desai, the executive director of the New York Taxi Workers Alliance, last month called for exemptions for yellow cab drivers. "There has to be a different way of doing this where the burden is not on the drivers and where, in fact, we can really reduce congestion, have better air quality, without sacrificing jobs and especially sacrificing drivers," Desai said on NY1’s "Inside City Hall.”

The MTA has held hearings to give supporters and opponents of the plan a chance to give their thoughts on the matter.

“Anyone who has been in New York City in the past decade knows that for-hire-vehicles are a part of the story of congestion in Manhattan’s Central Business District, which has harmful air quality impacts and slows down the economy. Seven scenarios have been analyzed to reduce congestion, with a range of different approaches for taxis and for-hire vehicles.” the MTA’s chief of external relations, John J. McCarthy, said in a statement.

There is still the big question which vehicles might be exempt from the tolls and where rideshare and taxi drivers stand in that equation. There are already congestion charges of $2.50 for non-shared rides in cabs and of $2.75 for non-shared trips in for-hire vehicles for trips below 96th Street.

There is also the possibility tolls will be paid by the passenger, not by the driver. Morcelo says that is still a problem that falls on the driver. “If the passengers get affected, we get affected,” he said. “I’ve opened up the conversation to some passengers and a lot of them have said that if they have to pay $23 dollars on top of what they already are paying for the ride, they’re just going to take the train instead.”

Lawmakers originally approved the plan back in 2019, but it has been delayed several times due to federal funding issues.

“Congestion pricing is years in the making, and we are excited that the process has taken an important step forward by outlining the options and inviting public input,” the commissioner of the Taxi & Limousine Commission, David Do, said in a statement. “We look forward to the important discussion on fairness for taxis and for-hire vehicles as the public review period progresses, and as the Traffic Mobility Review Board gets to work in recommending a final toll plan.”

For now, any plan awaits approval from the Federal Highway Administration, which is expected by the end of the year. In any case, the MTA hopes to implement congestion pricing by 2024.

By then, Morcelo and others who make their living behind the wheel could find themselves priced out.

“I’ve been thinking to myself, I’ll stop driving for Uber in the city already. I’m already making arrangements in case,” he said. “It’s going to be a high number of us affected.”