At Foley Square rally, DC 37 calls for a fair contract 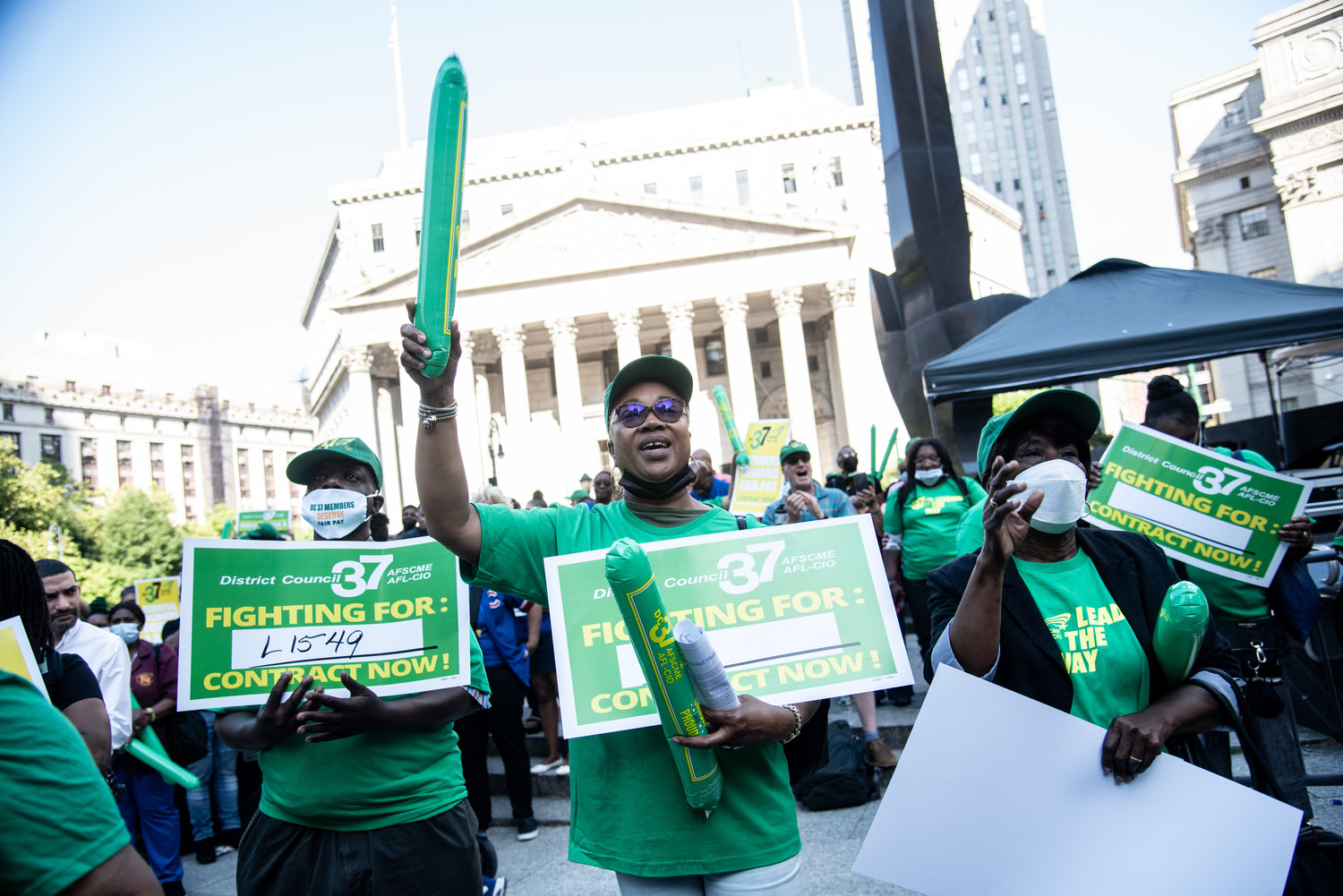 The union representing thousands of frontline workers including emergency medical technicians, public-hospital employees and child-welfare employees is seeking larger wage hikes than it won in its previous economic agreement, which provided 2 percent retroactive raises in the first year, 2.25 percent during the second year and a final 3 percent increase. The contract, which was negotiated in 2018 and covers nearly 100,000 city employees, expired May 25, 2021.

DC 37’s secretary, Maf Misbah Uddin, said that during the past decade, the union’s members have received 18.3 percent in compounded raises, but that prices had increased 27 percent during that period. “We have more homeless in our union than ever,” he said to the crowd.

Uddin also sent a message to Mayor Eric Adams, reminding him that he was elected as a “blue-collar mayor.”

“Those who are elected officials, you cannot just claim that you are progressive. Your progress starts with us,” he said.

“In New York City, it’s disrespectful. This ain’t Georgia,” he said. “A studio apartment is $1,300. It doesn’t add up mathematically.”

Alongside their demands for wage increases, the union officials also called for members to be able to retain their health care without any givebacks.

Henry Garrido, the union’s executive director, highlighted the sacrifices made by frontline workers, including 500 DC 37 members who died from Covid.

“For the last two years, our members have suffered enough,” he said. “They said you were essential, right? So where is our essential pay?”

'Show me the money'

About two-thirds of the city’s contracts with unions representing municipal workers have expired. If the city reaches a deal with DC 37 first, it would establish a pattern for other labor agreements. Harry Nespoli, president of the Uniformed Sanitationmen's Association, came out to support DC 37 members and called on the Adams administration to begin negotiations.

Being labeled “heroes” or “frontline workers” has not helped with the surging cost of food and gas, Garrido pointed out.

“I appreciate you calling us essential, but I’m gonna do a Jerry Maguire and say ‘Show me the money,’ ” the union leader shouted.